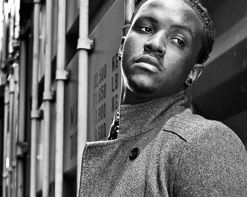 Hello programming brothers and sisters! It’s Andy Gesner here with the HIP crew to bring you an innovative global artist and producer that doesn’t shy away from writing and playing all the instruments on his record. Brand’N could very well be onto something big and catchy in his new song “In Love,” which features some seriously finger bending piano work!

From the city of Chicago, where great entertainers such as Chaka Khan, Kanye West, and R. Kelly hail, a new heartthrob sensation, Brand’N is making his groundbreaking debut! Brand’N has already earned the opportunity to open up for Lil Scrappy and had singles played on Chicago radio stations WKKC, 89.3, V103, 102.7, and Power 92, 92.3, where he was also invited for an interview. Brand’N recently ventured to California to work with several well-known producers, including the Underdogs and William Orbit, who produced J.LO’s “Love Don’t Cost A Thing”. Brand’N has worked on tracks, with production teams for artist such as Mary J. Blige, Melanie Fiona, and Letoya Luckett, also, with producers Da Interns. He is currently working on his own album and “In Love” is a taste of what’s to come.

Instead of turning to the currently trending synth heavy drone sound of modern hip hop and pop, Brand’N tears up the mix with a piano layer that will make Matt Bellamy jealous. Drawing inspiration from artists like John Mayer, Brand’N isn’t so much interested in following current mundane pop radio trends as he is sounding cool and fresh. Brand’N finds his own sound on “In Love,” featuring ultra catchy vocal melodies and much instrumental substance. The song is filled with big drums and even a guitar solo played by Brand’N himself. There is a video circulating the internet where people around Brand’N are put on the spot to say what they think of the multi-faceted singer, and each one is dead certain he’s going to carve a big space for himself within the music industry due to his versatile talents. They’re right; Brand’N is the talented voice urban music has been hungry for, shining in image and style just as much he does with talent.

The video features Brand’N in full classy and crisp black and white as he traverses the world around him. The clip opens with Brand’N arriving on a shiny BMW and, when coupled with the black and white, looks like an opening of a classic British spy flick. The singer is then found donning a top-of-the-line leather jacket and shades in a studio setting, indicating that Brand’N’s loyalty lies not only with the hip hop world but also from classic in-your-face rock roots. The clip also features the artist playing on all of the instruments in the song, as well as pursuing the girl of his desires. You won’t find any of the genre clichés in this video, as, once again, Brand’N wants to seduce his viewers through close ups of his piano finger work rather than his bling, giving him a more interesting swagger than other up and coming urban artists.

We are excited to bring you this unique musical blend from an artist that prefers to pave his own music path. Brand’N is a rising talent experimenting with all of the tools at his disposal, unlike many of his contemporaries! We also have some Brand’N goodies at the office, so let us know if you’d like to do any giveaways and we’ll send some your way. Brand’N is also available for interviews and appearances, so be sure to reach out to us to set it up. For more info, call Andy Gesner at 732-613-1779 or e-mail us at info@HIPVideoPromo.com.