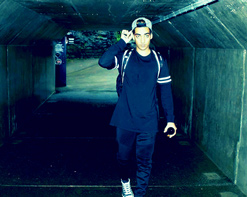 The world is a complicated place often placing unrealistic expectations that create self-consciousness and deep fears often that cannot be met. However there are artists that are not afraid to buck those conventional trends and become the face of said movements. Whether it be Adele, Kelly Clarkson, or the legendary Aretha Franklin, these are all artists that have all snubbed the artificial standards and have used their talents and charisma to redefine beauty. In much recent recent times artist today such as Alessia Cara “Scars To Your Beautiful” and Rude’s “Red Dress” are proliferating conscious and positive lyrics similar to formidable peers such a TLC “Unpretty” and Christina Aguilera “Beautiful” such is the message behind “Imperfectly Perfect 2.0” the single by Denelle aka Denel, an artist exploring out of the remote confines of New Zealand crooning a message that should be
be heard by every woman, man, child and across the globe.

The South African born NZ raised artist is a singer, songwriter whose voice is a diverse tool that can attack almost any style he chooses. He credits artists like Ne-Yo, Chris Brown, and early Trey Songz as influences that can be heard from time to time in his music offerings. After a busy 2014 opening for top local and regional acts such as Titanium and X Factor Australia runner up – Jai Waetford, Denel has been collaborating with a number of pop music heavyweights such as Jamie McDell & Jupiter Project and DJ Producer Quix for this latest single, which follows on the success of his debut album,Verse One. “Imperfectly Perfect 2.0” speaks to women of all ages, as the single encompasses the true value of loving yourself for who you are regardless of your imperfections and flaws, Originally released in the summer of 2015 creating a buzz and being dubbed the feminist anthem of the summer in New Zealand Logging in at No 1 for 4 weeks on the NZ Radio Vision 100 charts and accumulating over 40k youtube views in the region.

For the “Imperfectly Perfect 2.0” video, Denel takes one of the most critical forms of media, the photo shoot, and turns it into an empowering, uplifting message for people of all varieties. Instead of the traditional atmosphere of an intense focus on artificial standards, Imperfectly Perfect fosters an environment where every young woman that camera lens captures is celebrated for her own natural beauty. Though shy at first, it’s clear that the goal of disarming the room of any pretentiousness is successfully as the smiles light up the screen and each girl finds herself feeling every bit as model beautiful as they truly are.

Between shots there are glimpse of Denel serenading the camera making a personal appearance and connection. The subtle prism of colors and effects spliced into the edit enhances this already colorful clip to a level of unbridled celebration.

We are very excited to be working closely with Denel and Koolmakers Music team to bring you this uplifting single and future releases from his upcoming E.P. Here at HIP Video Promo, we are available to do anything we can to help get this video into your programming, so please get in touch! For more information, please call Andy Gesner and the HIP Video Promo team at (732)-613-1779, email us at info@HIPVideoPromo.com. You can also visit www.Facebook.com/denel.official or www.Twitter.com/DENEL_official for more info on Denel.