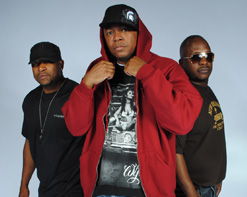 Hello programmers of the nation! It’s Andy Gesner here with the HIP Video staff, bringing you the true representatives of the underground hip hop movement. Dezert Eez have built a massive national following by staying true to form, not watering their music down for the radio, and touring with some of the genre’s biggest names. Now they’re ready to dominate the television medium with their vicious new single “American Hood Figure.”

This never ending stream of content has kept Dezert Eez at the top of the blogs with Coast2Coast, Hip Hop DX, Kalamazoo Gazette, AllHipHop and many more featuring “American Hood Figure” along with Dezert Eez mixtape singles. The song chronicles the difficulties facing the streets and how the trio survives and thrives in their environment. Each Dezert Eez member presents his own rhyming scheme and flow as the group trades verse. Keeping the style strictly classic and old school, there are no corporate shout outs, techno melodies, or poppy choruses in this spitfire track. This sort of barebones approach is what has earned the group recognition from the genre’s leaders, helping them become a fan as well as an artist favorite. The video showcases each member in their own frame and ride as they deliver their lines. At the end the group assembles on the streets of their home city in the powerful v formation.

Join us in exposing Dezert Eez to all of the hip hop fans out there. This group deserves your full attention and has the credibility to command it! If you’d like some Dezert Eez stuff for contests and giveaways, let us know and we’ll hook you up. For more info, call Andy Gesner at 732-613-1779 or e-mail us at info@HIPVideoPromo.com.