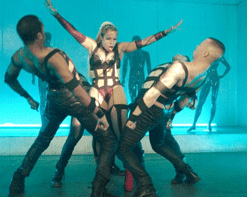 Today, we proudly bring you Kwanza’s firehot clip for her electrifying new single, “VICIOUS”. Earlier this year, we brought you the vivacious video for “SUPERCHARGED,” Kwanza Jones’ double Billboard charting title track off her new album. In her latest clip for “Vicious” the incomparable Kwanza Jones is every bit as vibrant as ever. She wisely reteamed with Keith Rouster (who co-directed “SUPERCHARGED” with Kwanza), to produce an invigorating, get-your-booty-on-the-dancefloor, visual accompaniment to another surefire dance hit. In other words, they absolutely knocked it out of the park. This video showcases Kwanza performing some of the most jaw-dropping and stimulating dance moves that we’ve seen from her. That’s seriously saying something!” She sets the tone for sassy empowerment with exciting lyrics like, “Fist, fist pumpin’, DJ drop the beat. Ass, ass shakin’, make it bounce for me…” and “This club is a church and I’m the Pope. Confess to me behind the velvet rope.”

Kwanza Jones is a 4X Billboard charting powerhouse with a truly respectable DJ Times magazine track record reaching #2 on their “National Crossover” Club Play Chart, as well as consistently appearing on Billboard Dance/Club Play and Dance/Electronic Songs charts. Kwanza made her first, major impact in the industry back in 2011, establishing her dance/pop credentials, with “Think Again”, followed in 2012 with “Time To Go” and in early 2013 with “Supercharged” all Billboard hits. These songs and videos showcased the exhilarating sound and over-the-top look Kwanza has become known for. With her music, Kwanza Jones brings non-stop energy, non-stop hooks and non-stop curves.

In the relatively short time that Kwanza has been in the limelight, she’s been extremely active with key national appearances. These have included performances at Boston Pride ’13, two consecutive performances at Jeffrey Sanker’s White Party ‘12 and ‘13 in Palm Springs, Out on the Mountain ’13 at Six Flags Magic Mountain, the Folsom Street Fair ’12, Matinee Las Vegas, the Apollo Theatre in NY, and the Winter Music Conference. Her tours have included stops in San Francisco, San Diego, Atlanta, Los Angeles, New York and Florida. She has also been a featured performer at various charity events, including the Trevor Project’s “Eyes Wide Open” Gala event and OctoTea17 in Austin, TX benefiting AIDS Services of Austin.

Kwanza Jones is a much needed breath of fresh air in an era filled with shallow, cookie-cutter pop stars that would rather make a quick buck than take their role model status seriously. She is an impactful “Ambassador for Equality”. Google “#StopHate” or search the hashtag on Intagram, Twitter or Facebook to see just how Kwanza’s lyrical call to end all forms of hatred has literally taken on a life of its own.

To learn more about Kwanza Jones, please contact Andy Gesner and the HIP Video Promo team at (732)_613-1779 or email us at info@HIPVideoPromo.com. You can also visit www.KwanzaJones.com for more info.