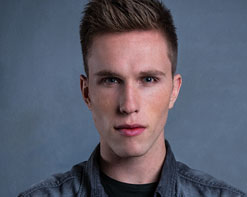 Earlier this year we brought you the “Lighthouse” lyric video from superstar DJ Nicky Romero. The video was a savory preview of things to come, and today we are very pleased to bring you the official “Lighthouse” music video! Debuted during his set at Ultra Music Festival in Miami, exclusively premiered on Spotify and supported by Billboard, the track has since been garnering widespread acclaim from fans and fellow DJs around the world.

It’s not just the singles that will be a part of the trifecta, but the music videos themselves. Romero recently posted on his website a synopsis of the storyline behind “Lighthouse” and the trifecta:

“Meet Jon. Jon is a middle-aged man who has been living in a nursing home for quite a while, bound to his wheelchair. For Jon every day has been the same, he goes unnoticed while the days, weeks and months pass by before him.

There is one exception to this monotonous life and that is Eve, a young nurse who has seen the light fade away in Jon’s eyes. She tries to cheer him up with small gestures to help him through the day. As Eve and Jon bond she notices an old photo of a lighthouse – the one personal possession that Jon holds dear. She doesn’t fully understand what it means to Jon but she decides to surprise him, unaware of all the pain and memories she is about to dredge up for him.”

All of us here at HIP Video Promo are ready for the journey Nicky Romero is about to take us on, and we hope you’ll join us with the same excitement and passion! Please contact Andy Gesner and the HIP Video Promo crew at (732)-613-1779, email us at info@HIPVideoPromo.com . You can also visit http://www.NickyRomero.com/ or http://www.ProtocolRecordings.com/ for more info.