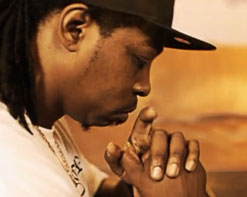 Vancouver’s Blak Ace started his hustle young and hasn’t slowed down for anyone! He grew up playing sports, working in TV and film, living the life of an entrepreneur with his hands in many different projects. his collaborations with talented musicians and his concert opening performances for artists like E-40, Jadakiss and Fabolous have launched his credibility to the forefront of the Vancouver Rap and Hip Hop movement. With his new video for “My Passion,” he leaves it all on the table with a burner that will heat up your eyes and ears in these frigid winter months.

His first EP was recorded under the watchful eye Henri Brown, who also happens to be the first cousin of Jimi Hendrix. But he didn’t stop there, aligning himself with producers such as Kegan Clark and EQJ behind the board, and then collaborating with some of the best talent in Canada like Amanda Maiden (God daughter of the legendary Chaka Khan) in the vocal booth. All of this went towards his stellar full length debut Heavenz Gates.

“My Passion” is a seriously heavy hitting video not to be missed. On paper, it’s not a complicated treatment, but it’s in the execution that Blak Ace and his crew really shines. Throughout the video the video continues to come back to Ace in the vocal booth, laying down a steady stream of beats and rhymes that hits the ears of the listeners like a vocal machine gun. Interspersed within the video is footage of Blak Ace doing what he does best… hustling! As he makes his way around Vancouver he always has the gorgeous model/actress Alisha O’Neil by his side, whether it be on the beach, on the street, or in the lot of the Penske truck dealer with his best friend Snake Eye (an ode to their days running a teen night club in the city).

He sets up shop on the sidewalk and works day and night hustling his music to anyone and everyone with an open ear. But the difference between Blak Ace and the riff raff most of us are used to is that his product delivers on every level. We’re not witnessing a pushy street merchant, but rather a man proudly sharing his music and work with potential fans, and they eagerly return the favor by showing their support. His game is on point and his seemingly endless energy wins the day as the night comes and he packs up after another successful day of hustle.

We’re all very excited to be working with this exceptional artist from north of the border and to introduce his talents to a wide audience. Please contact Andy Gesner and the HIP Video Promo crew at (732)-613-1779 or email us at info@HIPVideoPromo.com . You can also visit http://www.BlakAce.com/ for more info.