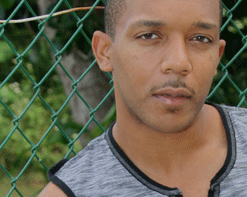 One of Bermuda’s most explosive talents to emerge on the music scene, Deondre hails from the central parish of Devonshire where he began his music career at an early age. HIP Video Promo is excited to introduce the video clip for his latest single, “I’m Goin’ In.”

Deondre humbly slid onto the music scene in 2007 with a plethora of live performances and a three-song EP titled Kingset Presents Da Pre-Mix. With his conscious lyrics and passionate, unforgiving delivery, he turned casual listeners into avid fans. Since then he has performed island-wide non-stop, making landmark appearances and opening for several internationally recognized artists along the way.

For this emerging artist, 2008 was a breakout year. With his appearance at the Jesus The Password Concert, Deondre performed alongside international reggae artists Monty G, Dano Rolle, Reubin Heights and Bermuda’s own Troy Anthony. He sealed the year with his fall release of Kingset Mixes Volume 1: Diligence, which received much favorable feedback, and he again proved he was one of the island’s fastest growing names in 2011 when he was recruited to perform in the Island Soccer League’s Hope 4 Life Gospel Nights.

Kingdom Mindset Recordings presents the inspiring music video “I’m Goin’ In.” With intense and serene scenes of island life, viewers are transformed to a place that is like no other! Rich scenes of the island of Bermuda give us a sneak-peek into the daily life of Deondre as he hustles to fulfill his call of spreading good music. For all we’ve heard about what a beautiful paradise Bermuda is with centuries of history, it’s sometimes easy to forget that there is a rich contemporary culture of artists making visual art and music that is as trendsetting as any mainland music. The song itself is a theme song for the residents of Bermuda everywhere, a celebration of the hard work and dedication it takes to make a name for yourself in the middle of paradise.

Deondre’s “I’m Goin’ In” video is just the start for this phenomenal artist, and we’re here to help you get the video into your programming, so just hit us up with whatever you may need. For more information on this exciting new artist, please contact Andy Gesner and the HIP Video Promo staff at (732)-613-1779 or email us at info@HIPVideoPromo.com .