Onelinedrawing “We Had A Deal” 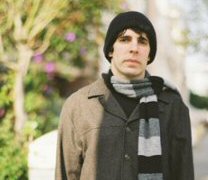 Hey everybody! Andy Gesner and the staff from HIP Video Promo here with a new video from a truly amazing artist! Thanks to Tim Owen and the crew at Jade Tree, we are extremely excited to be able to present to you the new video from ONELINEDRAWING, an artist that embodies all the gutwrenching angst, unbridled energy and earnest enthusiasm that seems to be lacking on the current musical landscape. This campaign is a great honor for us, as both Jade Tree (THE PROMISE RING, JETS TO BRAZIL, PEDRO THE LION, STRIKE ANYWHERE, DENALI) in general and ONELINEDRAWING specifically share our core values of championing music with integrity and espousing the forward thinking importance of always adhering to the DIY, grassroots aesthetic. Jade Tree, in my mind, has always been included on the “indie rock elite” roster of independent labels. After 14 years of fighting the good fight, it’s clear now more than ever that Jade Tree is fueled by a visceral passion for their artists, not the bottom line.

ONELINEDRAWING is essentially Jonah Matranga, occasionally assisted by a few friends or “found” sounds. It’s obvious from the first time you encounter him that Jonah believes wholeheartedly in his music and in keeping it painfully real. His live performances are legendary due to his insatiable need to connect, even if it means expunging his guts for public display. Jonah makes love to an audience, drawing them in and creating a setting where the listener can’t help from jump out of the stands to join him in his ONELINEDRAWING musical parade. He’s not out to make a splash, he’s just found a magical musical path and he’s following it with all he’s got. There’s a bit of the punk rock vibe here, in that Jonah is going to write and play on his own terms, no matter what anyone else thinks. Unlike the proto punks, though, he doesn’t have an agenda, except to write, play, and record good music; music that has always been a bit ahead of it’s time. His thoughtfulness and compassion shine all through the new CD The Volunteers, as does the meticulous craftsmanship, dedication, and attention to detail that he put into writing and recording the songs. His admirers include Dashboard Confessional, The Deftones and Lincoln Park and ONELINEDRAWING has toured with the likes of Thursday, Coheed and Cambria, Jimmy Eat World and The Weakerthans.

On this track, “We Had A Deal”, Jonah adopts a fairly traditional rock and roll arrangement, reminiscent of his previous work with FAR (Epic) and his “side” project – the anagrammatic NEW END ORIGINAL (Jade Tree). It’s still unmistakably HIS song, though…his jaw dropping intensity is obvious in every word, in every chord, in every note. The way newcomer Tess Ernst directs this video is as straightforward and no nonsense as the song itself, capturing Jonah performing on cold, unforgiving, virtually deserted streets – perhaps the setting for a deal that fell through. The song and the video are both just dripping with the incorruptible integrity of artistic purpose that makes ONELINEDRAWING so very special.

Here at HIP we’re very excited about working with the visionary indie rockers at Jade Tree and are pleased to announce the “Jade Tree CD Extravaganza” promotional contest. Any programmer that adds the onelinedrawing “We Had A Deal” video will be entered into a drawing to win an assortment of releases from the voluminous Jade Tree catalog. The drawing will be held May 31. As always, we’re fully prepared to meet your Jade Tree and ONELINEDRAWING needs. Call Andy at (732) 613-1779 or e-mail info@HIPVideoPromo.com for details, tour schedule, and updates. You can also visit www.onelinedrawing.com or www.jadetree.com for more info.