Peter Salett “With Anybody Else” 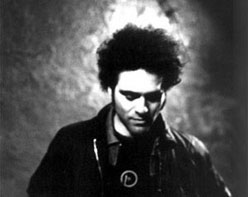 What’s up guys, it’s Andy Gesner and the staff from HIP Video Promo. With the busy fall season fast approaching, it gives me great pleasure to continue to send you more great music from terrific indie artists. Unless you’re a regular on the NYC club circuit, the name Peter Salett might not be immediately familiar to you. But even if you don’t know his name, you may well have heard his music or seen his (usually) cheerful face. Salett has appeared in a few movies – he was “Guitar Dude” in the underground satire Wet Hot American Summer – and has contributed songs to several other soundtracks. Actor Edward Norton liked the title track of his last album Heart Of Mine enough to feature it prominently in Keeping The Faith, with a T-Bone Burnett remix.

Lower East Side hipsters are no strangers to seeing Peter Salett’s name on marquees all over town. But while this “winsome pop poet” (New York Times) has become a fixture on the Big Apple’s most prominent indie stages, his music is more evocative of the sunny, easygoing Left Coast than frantic, hurried New York. Like other Salett albums, After A While is warm, relaxed and immediately welcoming. Salett’s rich vocals run through the tracks like a river of honey, the melodies are tuneful and hummable, and the production bathes the songs with the relaxed glow of classic Seventies singer-songwriter music.

Salett’s songs are, in general, reflective and maybe a bit regretful – but he’s observant and realistic, too, and he’s quick to write a wry turn of phrase into his lyric. “With Anybody Else”, the lead single from After A While, is a bouncy pop gem, old-school style. The band (featuring one of New York’s best sidemen, organist Joe McGinty) echoes Salett’s warmth, settling into a laid-back pop-rock groove that is as approachable as it is infectious. The guitars are dusty, the drums are breezy and propulsive, and the song climaxes with the loosest and funkiest electric harpsichord solo you’ll ever hear.

The clip for “With Anybody Else” finds Salett in his element – a club that looks an awful lot like Fez, the NYC downtown nightspot that has become a home away from home for the city’s most ambitious singer-songwriters. We see him quietly warming up backstage, split the velvet curtain, tote his guitar to the microphone, and address the crowd with confidence and charm. Salett shines in the spotlight: he’s enjoying himself, and his enthusiasm is fun to watch.

But there’s another character in the video too – an attractive woman in the audience who catches the performer’s attention. Salett watches her come in, follows her with his eyes, looks at her from stage, and allows his gaze to linger on her as she walks out the door after the show is over. Is there a relationship here? Director Glen Wilson is coy about it. But he’s as focused on the young woman in the clip as he is on Salett – and we watch her talk to several (funny) uninspiring suitors (including actors Thomas Lennon and Ken Marino), take refuge in the bathroom, and finally evince interest in a partner. Wilson further twists our expectation by dividing his screen into quarters – at times it shows four different men, and then four different views of the heroine. From the stage, Salett sings to them all, with a kind smile and the detachment of the performer. As with Salett’s songs, we’re shown a deceptively simple scenario with surprisingly deep undercurrents.

It’s always great to be able to unearth new talent that we feel is worthy of your attention. Peter has just finished a nation wide tour, but plans to tour again in the near future. If you would like to get extra copies of his new CD for on air giveaways or set up a video interview, call Andy Gesner at 732-613-1779 or email info@HIPVideoPromo.com. You can visit Peter’s own website to learn more.