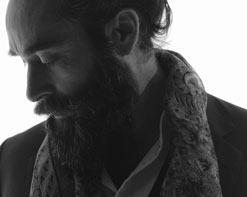 Good things come to those who wait! Fronted by composer & singer Jarvis Smith, The Phoenix Rose is a London based musical tsunami that celebrates the power of music to reach the entire human family with dynamic, uplifting themes & irresistible grooves. After nearly eight years of preparation, the band’s self titled album will be released in May 2016, and the buzz is palpable. The wide appeal of the music can be traced not just to an inherent knack for songwriting of the highest caliber, but also for the diverse set of influences that make up The Phoenix Rose.

The Phoenix Rose fuses pop, rock, reggae, hip hop and Indian music into a singular composition that is simultaneously brain tickling, while remaining palpably urgent. After years playing small London venues from Camden to Clapham, The Phoenix Rose met Glastonbury founder Michael Eavis while performing at a local eco centre. Michael invited the band to play Glastonbury Festival, and The Phoenix Rose embarked on a festival run that included Sunrise Festival, Croissant Neuf and the Isle of Wight Festival.

Struck by the band’s Isle of Wight set, renowned producer Native Wayne Jobson (No Doubt, Toots & the Maytals, Gregory Isaacs) offered to produce the band’s first record. Jobson brought Junior Marvin (Bob Marley & The Wailers) and Patrixx Anthony (UB40) to record guitar and trumpet on the album. Throughout the album a frenetic and propulsive orchestration runs at the core, the vocal melodies soar above it all in spectacular fashion, tapping into those world influences that challenge and rewrite the rules of standard western music.

For the band’s debut “Destination” video, Jarvis and the team at GYPSYPOP RECORDS have elected to let the music do the talking, not relying on any elaborate CGI or over-saturation of senses. Instead, they’ve delivered an artistically compelling performance clip that is primarily black and white, with the only color coming from vibrant scenes of the natural world being cast over Jarvis and his dancing female companion. Fans of the lauded opening sequence of HBO’s True Detective will feel a familiar vibe, but The Phoenix Rose takes the concept and elevates it to an exciting and poignant new level.

We’re incredibly excited to be working with Jarvis Smith, The Phoenix Rose and the crew at GYPSYPOP RECORDS to bring you another stellar video from their roster. Not only is Jarvis a wildly gifted musician, he is also extremely passionate about the natural world, a passion that extends to his tireless advocacy of sustainable living. He is the founder of MyGreenPod.com Magazine, an ethical lifestyle title – distributed quarterly with the Guardian and partners – that reaches over 3 million UK readers. He’s an artist we’re proud to call a friend on many levels, so please let us know what we can do to get this video into your programming and we’ll make it happen!

Contact Andy Gesner and the HIP Video Promo team at (732)-613-1779 or email us at info@HIPVideoPromo.com . You can also visit http://www.GYPSYPOPRECORDS.com/ and http://www.ThePhoenixRose.co.uk/.