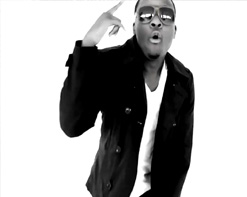 Hello programmers! It’s Andy Gesner and the HIP Video Promo staff, here with a young rapper that hopes to win over the hip hop market with his polished style and radiating charisma. Warren Wint lays down a track about how perception is everything and the façade is extremely fragile when looking for a partner in crime to share the spotlight with you in a refreshing take on an age-old dilemma. “One Man’s Trash” is an urban treasure ready to be put up for display.

Warren Wint started his career the hard way. He entered into a freestyle battle against his friend hoping to split the prize money if any one of them won. However, what started out as a split second decision to perform ended up as a lifelong mission to prove his abilities to the rest of the world. You see, Warren Wint didn’t win the freestyle battle; he was loudly and violently booed off the stage. While this sort of traumatic experience would discourage the weak-at-heart, it only fired up Warren’s resolve to become the most magnetic rapper he can be. Since that day, Warren has done numerous showcases and dropped several singles on the internet that ended up being picked up by DJs for mixtapes, including Empire State Mixtape hosted by DJ Whutevva. Wint has also been featured by WWS Magazine, datPiff, and Coast2Coast. Warren Wint continues to build a strong independent following with his newest single “One Man’s Trash.”

“One Man’s Trash” is a feel good romp about how your view of a person could very well be completely fantastic rhubarb, once you get to see another side of them. This track specifically channels the idea of dating a girl that could have been the very same one the rest of the block was with a month ago, and it’s up to you how you handle it – you can be composed and carry her with your own swagger, or let other people’s judgment get the best of you. The video keeps up with the verbal aerobics of the song; starting out with Warren telling his friend all about a “new girl” he’s seeing. His friend then immediately connects the dots and let’s Warren in on the secret. As their argument continues, the characters from the conversation are introduced on the screen, spliced with shots of Warren performing with his live band. The clip keeps out the clichés and real with the economic times, with no rented cars or expensive jewelry in sight, trading the unbelievable for straight forward talent and good fun. Don’t worry though, the leading girl is pretty enough for the rest of the luxuries to be deemed unnecessary.

We are thrilled to be shouting out the word for this young and talented new rapper hitting the scene. Please join us in adding Warren Wint’s “One Man’s Trash” to your playlists this late summer/early fall. If you need more info, call Andy Gesner at 732-613-1779 or e-mail us at info@HIPVideoPromo.com . You can also visit www.Youtube.com/WarrenWintWeb to find out more about Warren Wint.