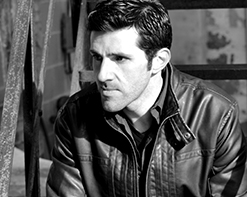 This multi-talented artist began performing professionally at the age of thirteen and fell in love with writing. Over the years he has become incredibly dedicated to creating and producing his own compositions to perfection. After performing with the Mics and returning home from a UK tour with the former band Castaway, he launched his solo career as an artist. He has taken part in local and international festivals and has performed in concerts across the UK and Malta.

Recently, Wayne and his brother, Richard Edwards, created Battle of the Brothers, benefit concerts for Malta’s Puttinu Cares. The charity helps children with cancer get the treatment they need. His new album, The Parade was developed over the course of two years. Wayne not only wrote, recorded and produced the album, but he also launched his recording studio WM Studios in the process.

Brandon Mueller, owner of Shoot, Edit, Deliver, produced and directed “Don’t Fade Away.” The video clip is a mesmerizing display of Wayne William’s singing and performing techniques, and delivers a plethora of enchanting lyrics such as “Bullets start flying so we try to see it clearer / As the saints go marching in.” The song is rich with symbols and metaphors that are bound to life, love, and thoughts on religion. William is a definite talent and transcends contemporary music with “Don’t Fade Away.”