Maximo Park is touring it up

Bishop Allen will be at Sasquatch 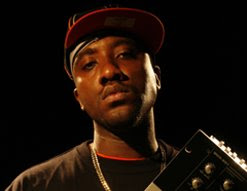 Tampa-residing MC Rahim Samad made a stellar album in 2008 according to many critics. Travel Properly was hailed as a creative work with a strong core by RapReviews.com, saying that the best thing about it was its “use of skits and interludes.”

The album also contains spare beats that fade into the background, allowing Samad to take complete control. The “politically charged” sound samples are combined with “mournful instrumental loops,” serving the mood of the album well. The album criticizes the government for trying to control “society at large.”

In addition, Reax Magazine called Travel Properly “a Hip Hop survival guide. This is a well-balanced LP with tales of life, love, and protecting your neck, mixed with clever wordplay.”

View his video for “John Horse” below: