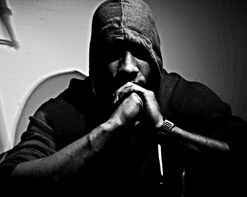 He is known as the lead vocalist of the band Astronautiqx, but Nomis Alekesn lives and breathes music. With a solo career that is soaring, he is the creator of ALPHA-AEON, which is his growing business that is geared directly toward the creation of all forms of art. Here, fans and viewers can witness Nomis’ evolution as an artist, as well as the growth of other artists in different crafts.

The rebel anthem “No More Mr. Nice Guy” was written at a time when pleasing the masses became an overwhelming chore, and Nomis said “to hell with it.” In December of last year, the single was released and became apparent that it was a song that was created with rage and wrath for the sake of peace and love. With the help of his band Astronautiqx, the live experience has proven to be nothing but stellar.

As a follow-up, Nomis Alekesn presents his newest clip “Indigo Child.” As leading actor, the video takes us through the mind of this tortured artist; viewers see a plethora of struggles, and witness the balance between multiple personalities. The scenes take on a Fight Club-esque atmosphere as we watch Nomis try to overcome the dark side of his character. “Indigo Child” is a song that represents the captivity of the human mind and what happens when one uses art to unleash their darkest fears. It’s a fascinating and cryptic accompaniment to the song itself and a super cool introduction to Nomis Alekesn.