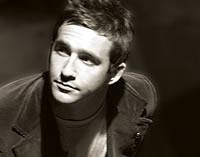 Austin Hartley-Leonard is a classical musician who, although he could probably write and conduct a symphony, prefers to keep himself rooted in soulful rock n’ roll.

He spent twelve years at the Chicago Institute of Music, studying guitar and cello. But he also has been performing at Chicago blues clubs since the tender age of 13.

As a result, he fluidly switches from a howling, bluesy rock sound into classic strings.

He started performing as a solo act in Austin, Texas–his namesake. Or–well–it’s probably the other way around. For more info, visit his Web site.