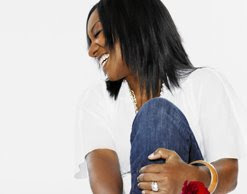 Badia Farha’s new album, Still Waiting, to be released tomorrow, will be available both online and offline. Online, you can purchase it via iTunes or Farha’s Web site. Offline, you can snag a copy at one of Farha’s live performances.

It’s also a chance to see this amazing songstress in action! Farha’s performing at 8 p.m.!

Watch “Keep On, Keepin’ On” below: