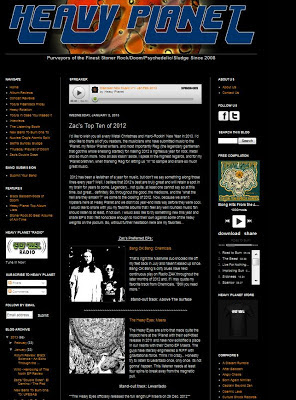 From Heavy Planet: 2012 has been a leviathan of a year for music, but don’t we say something along those lines every year? Well, I believe that 2012’s best are truly great and will retain a spot in my brain for years to come. Legendary… not quite, at least one cannot say so at this time, but great… definitely. So, throughout the good, the mediocre, and the “what the hell are they smokin’?” we come to the closing of 2012. Now, because we aren’t hipsters here at Heavy Planet and we didn’t do year-end lists way before they were cool, I would like to share with you my favorite albums that I feel any well rounded music fan should listen to at least, if not own. I would also like to try something new this year and share EP’s that I felt honorable enough to hold their own against some of the heavy weights on the podium. So, without further hesitation click HERE for my favorites!