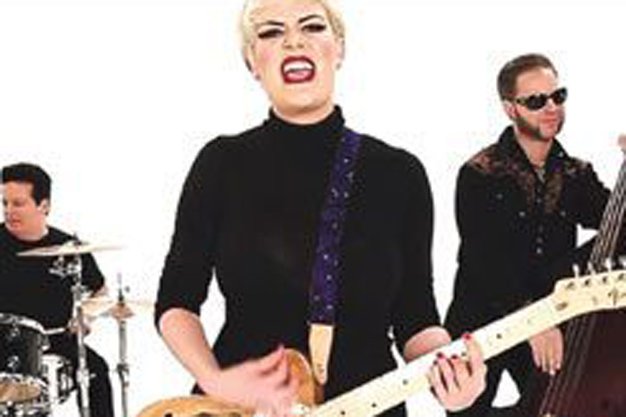 The longtime iconic radio host, Rodney Bingenheimer, has shown our cherished Bree love on his Presley and Bowie Birthday Bash episode hosted on SiriusXM Satellite Radio. The songs that were featured were “18” and “Damn I’m Being Me Again.” “Damn I’m Being Me Again” is a self-awareness anthem, a humbleness checkpoint when you notice yourself acting up. This is the first single off of the recent New Skin LP, produced by Justin Cortelyou (Paul McCartney, Taylor Swift). The three-piece rock out while bringing themselves back down to earth and acknowledging their own faults.

As a fixture in the music scene for over 40 years, disc jockey Bingenheimer is best known for his radio show, “Rodney on the Roq” in Los Angeles on KROQ-FM. He has since joined SiriusXM’s Little Steven’s Underground Garage. Known as the “Mayor of Sunset Strip,” he was awarded a star on the Hollywood Walk of Fame for radio placed near his longtime friend David Bowie’s star.

Bree is constantly out kicking ass despite the misfortunes she experienced while growing up. After making her way to music city Nashville, the fear of not succeeding was always there. That fear was refuted after she was named Nashville Artist of the Year by international indie tastemakers RAW. As both rock-n-roll advocates and influencers, it only makes sense for Bree to be highlighted on Bingenheimer’s show.