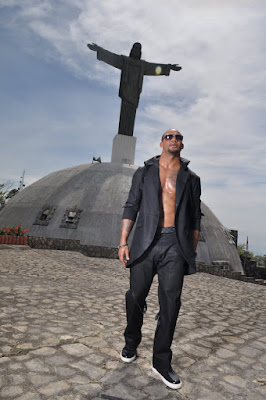 Bret Lockett has gained national recognition for his role as a safety playing for the New England Patriots. Lockett has always been passionate about the music scene since when he was still a kid, and now has turned a season-ending injury into an opportunity to pursue one of his dreams with “Let’s Go.” Citing, Michael Jackson as his main influence, the footballer returns to the studio for the first time since his high school days to bring you a feel-good hip hop/R&B anthem about treating a woman right.

“Let’s Go” is a track consisting of classic hip hop and R&B arrangement, including a piano and a catchy electronic drum beat. The song features Lockett trying on flow and rhyme for size, as he creates his own unique style of lyric delivery. The track is filled with grandiose promises to the woman in his sights, and you can believe it. Unlike most new contestants in the game, when Lockett raps about his swagger, he’s actually got it to back up his words! This sort of notion is absolutely impressive, since it is rare that ego actually meets reality on an equal playing field. It is also noticeable that Lockett avoids the modern rapper cop out of auto-tuning his voice beyond recognition, instead putting his chops on the line. He is a football star after all, and his confidence radiates on this ode to beauty.

Here is the video for “Let’s Go”