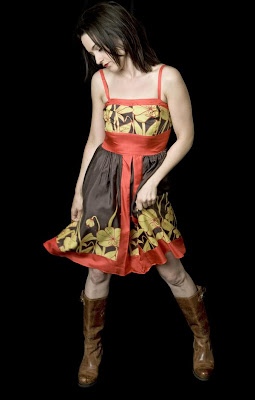 San-Fransisco based singer Brittany Shane got the idea to cover Psychedelic Furs song, “Pretty In Pink” from a dream.

She says in her blog that her dream took place at an outdoor music festival, where she strummed her guitar. But she forgot all the notes to the songs she was about to play! Before all was lost, she started doing an impromptu version of “Pretty In Pink”–and had the crowd and the people backstage dancing.

In addition to covering the song, Brittany plans on releasing a music video that we will be sending out to programmers! It will depict the life of a cocktail waitress at the Ritz in New York City, as did the original song.