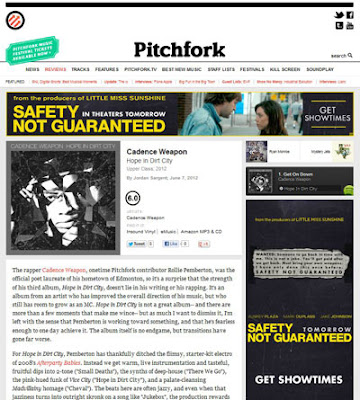 “The rapper Cadence Weapon, onetime Pitchfork contributor Rollie Pemberton, was the official poet laureate of his hometown of Edmonton, so it’s a surprise that the strength of his third album, Hope in Dirt City, doesn’t lie in his writing or his rapping”

Check out the full review here!