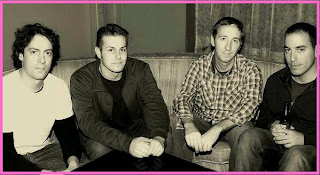 You need saving.
Saving from some of the lackluster music coming out of the radio speakers these days. Little Heroes can do that. They can save you.

A little dash of pop, a big helping of epic strings, a pinch of laid-back acoustic, and you’ve got Little Heroes. They have everything–from moving emotional pieces to fun pop-punk, to artsy Coldplay-like numbers.

And they’re gaining the attention they deserve. Television shows have been picking up Little Heroes left and right since the album Cinematic Americana was released. Theirs songs have been featured on the shows In Plain Sight, One Tree Hill and Army Wives.

Want to know more? Head forth into cyberspace.