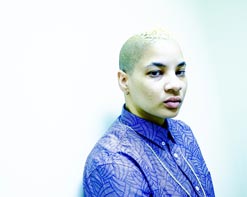 Aka Shawn is a female rapper who resides between Dallas, Texas and Atlanta, Georgia. Born in Fort Worth, Texas and raised throughout the DFW area. However, Aka Shawn was birthed in the streets of ATL. Aka Shawn made a name for herself in Atlanta after recording her first self titled single “Aka Shawn (Aka Pimp)”. The songs video views peaked at over 100,000 simultaneously via World Start Hip Hop as the single impacted the streets of Atlanta, nightclubs and strip clubs. Aka Shawn has created music with hot Atlanta producers Mike Will, Mex Manny, and Deraj. So far in her music career, Aka Shawn has notable song placements on E! Network Reality TV show “Kourtney and Kim Take Miami” and Oxygen’s “Bad Girls Club”. Next to come Aka Shawn will drop her new single “P**** Killa”, October 9, 2015 on all major digital distribution sites, iTunes, Google Play, Amazon just to name a few. The video for “P**** Killa” will drop shortly after the single is released for download.