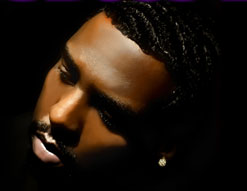 Hello friends, it’s Andy Gesner from HIP Video Promo, here with a smooth new clip from an emcee tearing up the Lone Star State. When Bun B famously boasted on “They Don’t Know” that H-Town was “taking over this rap game and shutting it down”, that wasn’t just idle talk. After the international success of “Still Tippin’” a few years ago, it seemed like the entire rap universe suddenly revolved around Houston. America was introduced to larger-than-life characters, the colorful Texas hip-hop mythology, and the unmistakable H-Town sound. To Lone Star listeners, of course, none of this was anything new – they know that the Texas rap scene has deep roots, and that for decades, their homegrown hip-hop sound has been instantly recognizable and impossibly exciting. Houston is, in short, one of the most competitive rap markets in the nation. If you can make a name there, it’s a sure bet that you’ve got the goods – and the hottest name in the biggest city in Texas belongs to Big ‘Boss’ E.

Press “play”, and you’ll understand why. Big ‘Boss’ E has the swagger, the baritone, and the gigantic microphone presence that characterizes all top-drawer Houston emcees. He’s an obvious heir to the local rap throne, and Houston listeners have treated him that way – Grape Jelly, his upcoming full-length, is one of the most hotly-anticipated independent hip-hop albums on the Lone Star State’s busy release schedule. But although Big “Boss” E represents the Third Coast proudly, he’s a Brooklyn native – and there’s more than a little bit of clever East Coast lyricism in his unmistakably Southern party rhymes. “Roll Call”, his current single, is perfectly-calibrated to drive the clubs wild: the beat is crazy, the production is airtight, and Big ‘Boss’ E’s flow is flashy-smooth as quicksilver and rough as a punch to the gut. But listen to the rhymes more closely, and it’s clear that the emcee is heady, too – this H-Town tough-guy has style.

Taj’s video for “Roll Call” oozes style, too. Although it was shot on a scrappy indie rapper’s tight budget, you’d be forgiven if you mistook it for a Hype Williams clip; it’s that glossy, that engrossing, and that re-watchable. All the classic rap signifiers are here: the emcee dominating each shot, the backlit video girls dancing and soul-clapping, the gorgeous car with the equally impressive rims, the smoke and the fire, all displayed in front of a stark white backdrop that makes everything seem larger-than-life. Big ‘Boss’ E, in particular, looks the part of the rap star – he’s got that easy confidence that can’t be taught. Relaxed, sharply dressed, and moving with remarkable poise for a big man, the rapper is in control throughout the clip. He’s not even flustered when he momentarily forgets his duffle bag – he stops at the edge of the frame, wheels around, and nonchalantly picks it back up.

We’re very pleased to be working with Cliff Futch and Futch Entertainment to bring you this smooth clip. If you need more info, call Andy Gesner at 732-613-1779 or e-mail us at info@HIPVideoPromo.com.