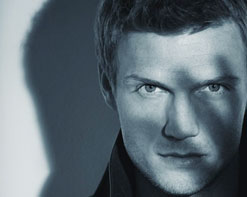 Andy Gesner and the HIP Video Promo staff are proud to introduce another video from one of our favorite solo artists, Nick Carter. He has influenced and enticed the pop music scene for over two decades with the success of his pop group, The Backstreet Boys. With the introduction of his incredible solo career, he is taking the club and pop music scene by an incredible storm with his uncanny ability to win over hearts, as well as his effortless baby face in “Burning Up.” All this has gained him an immense amount of popularity within the eyes of fans and other celebrities, but there’s more to this face than what our eyes can see—an unstoppable beat.

Nick Carter has been a highly recognized celebrity for years, but with an enticing amount of self-awareness and strong talent, his personality truly shines through his music. His songs bring thousands of people together and encourage you to grab hold of a drink so you could start gravitating towards the center of the dance floor. Over the years, he has proved that it’s easy and well worth it to just let loose and party; the pop world has seen a great number of artists who have won over millions of fans, but still, no one has outdone the style and creative approach that Nick Carter has brought to the table. He has shown us his cards, and now it is up to us fans to let the beat of his songs cascade throughout the world. Nick Carter appeared on Lopez Tonightearlier this year to support the release of his new album I’m Taking Off. He’s also been gracing the front of celeb sites likeJust Jared, which also extends to the front of Buzznet!

In his new video, “Burning Up,” fans see an entirely different side of Carter; here, he is the ultimate party starter who makes his rounds throughout an entire club full of eager dancers. Centered in Nashville, the club atmosphere of the video presents a new futuristic feel to the scene, which makes the dance floor impossible to ignore. It’s hard to imagine that the idea of the video had been derived from a flyer Nick had seen on the street, but one piece of paper sparked an amazing idea in this artist’s mind. Filled with paint and sexy half naked bodies, this video presents a feeling of positive looseness, and poises the idea that it’s okay to just let your body break free from every day anxieties. Featured MC Briddy Shaw presents a raw edge to this so-called “looseness,” and thus, gives way to the charismatic beat of “Burning Up.”

It is with artists such as Nick Carter that a well-rounded fan base can stay constant and enlightened. With his album I’m Taking Off, Carter has shown a strong side of his personality. Here, he is independent and clear of anything that may begin to destruct his path. It is certain that he is here to stay on the pop music grounds, and at HIP Video Promo, we’re delighted to be presenting you with yet another feel good video by this talented, well-known performer. If you have any questions, or would like more information about Nick Carter and his new video, “Burning Up,” please visit www.Nick-Carter.groundctrl.net for upcoming tour dates.