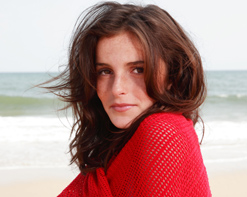 Seasons greetings! It’s Andy Gesner and the staff from HIP Video Promo helping to spread some holiday cheer! Yes, indeed, it’s that time of the year again – the holidays are upon us. Radio stations, retail outlets, and video channels alike turn their playlists into celebrations of the season; some of it is traditional, of course, but every year, many of the best year-end tracks are newly minted. In ’06, get ready for Ali Lohan, younger sister of the well-known Lindsay Lohan, and a pop singer in her own right. Lindsay appears on Lohan Holiday, singing backup on a few songs, but this is Ali’s show and she makes the most of it, ripping through eleven well-known carols and self-penned holiday numbers.

If Aliana Lohan’s face looks familiar to you, it’s probably not just a family resemblance. The thirteen-year-old singer and actress appeared in The Parent Trap, Freaky Friday, and Confessions Of A Teenage Drama Queen, and co-starred with her older sibling in the clip for Lindsay’s autobiographical “Confessions Of A Broken Heart (Father To Daughter)”. Like her sister she’s parlayed her winsome face into a contract with the Ford Modeling Agency. This isn’t her first foray into seasonal music, either: last season, her spirited version of “Rockin’ Around The Christmas Tree” became one of the highlights of YMC Records’s holiday collection. The scuttlebutt around Hollywood strongly suggests that Ali is about to ink a deal to star in a Disney Channel reality show; by this time next year, she may well rival her older sister’s fame.

Lohan Holiday features its share of classics: “Deck The Halls”, “Winter Wonderland”, and “Silent Night” all receive warm and exuberant readings. Ali Lohan’s vocals crackle with innocence and wonder, and effortlessly capture the seasonal mood. But she also indulges her more playful and expansive side, getting into the “Groove Of Christmas” and recasting Amy Grant’s “Santa’s Reindeer Ride” originally recorded with Amy as a teenager. “Christmas Magic” is a straightforward heartwarmer of her own invention: three stanzas of rich holiday associations and understated enthusiasm.

In the clip for “Confessions Of A Broken Heart (Father To Daughter)”, Ali Lohan gave an emotional performance as a little girl lost, dressed in her ballerina outfit and banging on her bedroom door as her parents fought outside. The clip for “Christmas Magic” could not be more dissimilar: here the versatile Lohan wanders through a stand of Christmas trees, quietly overcome by the magic of the season. The video is shot in soft-focus – the arbor behind her is beautifully blurred, and snowflakes twinkle in the air. Rudolph and Santa (and presents galore) make an appearance, too, dancing in the aisles just beyond easy inspection. But it’s Ali Lohan herself who holds the camera, drifting through the holiday tableau with self-possession and astonishing charm. That she’s a budding star is undeniable – it turns out that she’s an angel on top of the tree, too.

We’re thrilled here at HIP to have the pleasure of working together with Jacob Cap and all of the top-notch team at YMC records to help get the word out about their beautiful and diverse collection of holiday music. We are hooked up with plenty of copies of Lohan Holiday, as well as some other terrific Ali Lohan goodies, for all of your on-air giveaway needs. If you need more info, call Andy Gesner at 732-613-1779 or e-mail us at info@HIPVideoPromo.com. You can also visit www.YMCRecords.com to find out more about Ali Lohan.