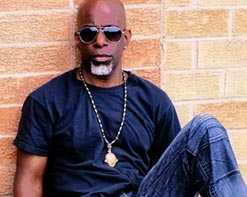 A common practice for artists is to bounce their ideas off of a close circle of friends, family, and fellow musicians to get their initial thoughts. It’s a finely tuned process of research and reaction from those that they trust. But in the case of Bes (aka Besnkheru) his process was different for his new single “Love Don’t Make It Right.” The NYC native would sing the song amongst strangers on the subway to gauge their reaction. It’s easy to show folks who are already in the close circle, but it’s a whole different story with complete strangers. If people who have no reason to be nice to you can get behind your art, then you know you are on the right track!

Not surprisingly strangers and friends alike immediately, and even unprompted, jumped up to tell Bes that he had something special with “Love Don’t Make It Right.” Then again, it’s a song everyone can relate to. “Love don’t make it right, if it ain’t based on truth, it won’t stand the test of time.” Powerful words for a powerful message. The song is delivered in a soothing R&B voice by Bes, who seamlessly slides in and out of the music underneath like an anaconda stalking its prey. The passion in his voice is undeniable and as a listener we begin to feel every word of heartache and heartbreak.

The video for “Love Don’t Make It Right” takes all of this energy and manifests it into a most impressive visual. Set in the outskirts of NYC, the video begins with Bes awakening in the morning to find himself in an empty bed and a note on the nightstand that reads “I’m sorry. Love don’t make it right.” As he looks out the window he sees a car pulling away. He hurries down in his pajamas to try to intervene, but it’s too late. After collecting his thoughts he boards the subway and quickly makes his way to where he knows he’ll find his girl. Instead he finds a friend who alerts him that she has gone away. His last ditch effort is to rush to the airport to try to catch her before she leaves forever. Interspersed amongst the story are scenes of Bes crooning at the waterfront with a magnificent sunset behind him. The style and scene choices lend maximum impact to the overall narrative and we are left enjoying an gorgeous piece of cinema.

We are very excited to be working closely with Bes to bring you his new video for “Love Don’t Make It Right.” Please contact Andy Gesner and the HIP Video Promo crew at (732)-613-1779 or email us at info@HIPVideoPromo.com for more info on Besnkheru.