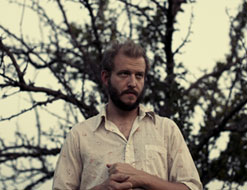 Greetings programmers! It’s Andy Gesner and the HIP Video crew with one hell of a clip for your summertime playlists! Bon Iver is about to release one of this summer’s most anticipated albums, entitled Bon Iver, and we have the lead single, “Calgary,” here to gently jangle your ear-drums and pleasure your brain. Prepare to be mystified, lifted, and drift away with this beautiful song from a talented artist, who has already made his mark with cultured enthusiasts, producers, and mainstream music lovers alike!

Bon Iver is a project with rich history and a prime example of how success comes when you least expect it. The project was started by Justin Vernon while he was tucked away in a remote cabin in Northwestern Wisconsin as a way of recovering from a serious breakup with his band, his relationship, and recovering from a severe case of mononucleosis. While Vernon never intended to write or record anything while at the cabin, creativity did strike him and he ended up using an SM57 and some things lying around the cabin to record an album that eventually became one of the most critically revered records of the past several years! His debut full-length For Emma, Forever Ago was received 5/5 and “Album of the Month” reviews in both Mojo and Uncut UK magazines. It was the seventh highest rated album of 2008 on review-aggregator site Metacritic, with accolades from publications including The Village Voice, The Hartford Courant and The A.V. Club. Pitchfork placed the record in the top tier of its “The Top 200 Albums of 2000s” list, while Stereogum placed the album at 11 on its “Best Album of the ’00s” list! The whirlwind of exposure didn’t stop there, as Bon Iver was rated as the 8th most listened to artist on Last.fm‘s new music of 2008 chart. Then Rolling Stone named Bon Iver’s album as one of the best records of the year. With such massive acclaim, Bon Iver performed on Late Show with David Letterman, and had songs from the album featured on the shows Chuck, One Tree Hill, House, MTV’s Skins, The United States of Tara, Grey’s Anatomy, and more including the ultra-popular Twilight movie New Moon! Then to top it all off, Kanye West recently called to get Bon Iver to collaborate on his latest record My Beautiful Dark Twisted Fantasy, where the Vernon’s work and voice can be heard on several tracks.

Needless to say, “Calgary” is a much anticipated follow-up effort from the upcoming release, due out June 21 on Jagjaguwar. Every track on the new record references a place. Vernon hired well-known players like saxophonist Colin Stetson and pedal-steel guitarist Greg Leisz to join him on this big follow up release. However, the singer-songwriter kept his promise to continue making records on his own terms and without the help of record producers. The album was recorded in a remodeled veterinarian medical clinic swimming pool attachment and features the signature Bon Iver falsetto vocal delivery, this time with much wider array of sounds. Every artist must always expand and this record really takes this sentiment literally, using open airy strings and synth, electric guitars, and horns to add to the intimate structure each song, giving each song a sense of space within the universe of sound.

“Calgary” is as open sonically as it visually. The song gradually builds layers from start to finish, with instruments joining in as the track progresses. The song gradually builds layers, with the instrumentation providing its own dynamic. The song opens with an understated vocal and key combination. Percussion and horns creep in, and before you know it you find yourself in the middle of a fully electric rock guitar jam, only to work your way out of it with acoustic guitar and voice again. The video develops in a similar manner. At first, the focus is on a girl who starts out as a spectral spirit and eventually takes shape from an empty bed inside a cave. As she embodies a physical form and emerges from her underground tomb, she finds there are other like her in the above ground world, including her other half, a young man. They then join their hearts at lake, which immediately sets lights with fire as they each place a piece of themselves upon it. The clip is as mysterious as it is gorgeous and atmospheric, fitting in seamlessly with the feel of the track.

We’re truly excited to be working with Bon Iver and are grateful to the crew at Jagjaguwar for allowing us to bring you this much anticipated release. The band will be touring all over the United States this summer, and we would love to hook you up with the opportunity to catch them live and sit down for a video interview, so please be in touch if this is something that you’d be interested in pursuing. We will also soon have copies of the new record available for you to check out, so get your requests in now! If you need more info, call Andy Gesner at 732-613-1779 or e-mail us at info@HIPVideoPromo.com. You can also visit www.Jagjaguwar.com or www.BonIver.org to find out more about Bon Iver and the tour dates near you.