Celeste Starchild “The Witch Is Dead” 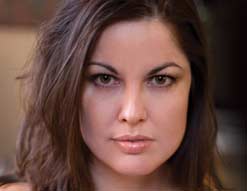 Hello, it’s Andy Gesner and the staff from HIP Video, here with a lively animated clip that you’re sure to find irresistible. Maybe it has to do with our upbringings: glued to the television set every Saturday morning, watching every cartoon we could. We here at HIP alwaysrespond to clever animation, and we know we’re not the only ones. When the artist is really superb — meticulous, expressive, vivid, and bold in his approach — it becomes difficult to tear our eyes away from the screen. Such is the magic of great animation: anything can happen, and the only limits are those of the cartoonist’s imagination.

Young animator Brian Bear is just starting out, but as he demonstrates in his compulsively-watchable video clip for Celeste Starchild’s scalding “The Witch Is Dead”, he’s already among the good ones. Not only is his sense of color and motion already well-developed, but he’s a fine visual storyteller, too. His style is a perfect match for that of the charismatic Starchild, a forthright and emotionally-honest songwriter who has never been afraid to speak her mind. “The Witch Is Dead”, the lead single from the engrossingXOC, is a frank examination of relationships gone awry — told, in three sharply-written verses, as a series of vignettes, the singer celebrates the disposal of three lousy boyfriends. Brian Bear follows the song’s narrative trajectory in his clip, but given the liberties of the cartoon medium, he’s able to take Celeste Starchild’s story to a logical — and very amusing — conclusion!

The D.C.-based singer-songwriter makes music that invites visual interpretation: her songs are cinematic, bright, lyrically-detailed, and frequently dramatic. Celeste Starchild possesses a versatile, powerful voice; she’s one of those talented singers who’s able to fully animate a character in a few bars. On XOC, she proves she can sing intimate acoustic folk (she’s also an excellent rhythm guitar player), raucous rock, and radio-ready alterna-pop like “The Witch Is Dead” with full confidence. Her band demonstrates flexibility, too, imparting just enough attitude and edge to Starchild’s stories to keep them deliciously barbed. Make no mistake: her songs may be approachable and instantly-winning, but they’ve all got a sting to them. Starchild has earned merited comparisons to other songwriters who put thoughtful and occasionally outraged verses to hummable melodies — KT Tunstall, Sarah Bareilles, and even Alanis Morissette.

The main character of Brian Bear’s clip for “The Witch Is Dead” could be an animated version of Celeste Starchild — she shares the narrator’s inability to keep herself out of trouble. She’s also been given the gift of great good luck: no matter how hard the cartoon villains try to divest her of her treasure (a heart, thumping away inside a briefcase that she blithely carries down the city streets), ill-fortune always overcomes them. Aided by happenstance, the protagonist overmatches a corner masher, a group of reprobate musicians in a city park, and an oversized goon in the subway. Bear cleverly plays with color and pace: he intentionally limits his palette for the song’s verses, and allows his animation to explode into bold hues for the gigantic chorus. His is a world where everything is alive — parking meters, city statues, doors and windows. By the third refrain, even a tube-station poster advertisement is compelled to shake off its frame and sing along.

We are very pleased to be working with Celeste Starchild to bring you this devilishly delightful new clip. If you need more info, call Andy Gesner at 732-613-1779 or e-mail us at info@HIPVideoPromo.com.