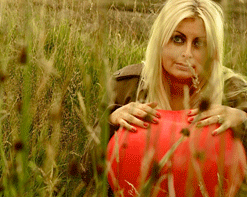 With a multitude of musical influences such as Roy Orbison, The Carpenters, Julie London, and Nora Jones, Colette Kavanagh is making an impressive name for herself within the contemporary scene of the music industry. Catchy lyrics and emotional highs are what make her latest single “Someday” a true gem of a song and HIP Video Promo is pleased to introduce this artist on the rise.

In 2007 Colette was asked to be a guest singer on a ten-day tour of Ireland with Johnny Cash’s guitarist Bob Wootton. It was this tour that gave Colette the confidence to begin recording her songs, so she recorded her very first album, Further Down the Line, that same year. Since then, she has been performing around Dublin’s Temple Bar and Ballsbridge and surrounding counties. Colette has also been requested to sing at many weddings, one of which was televised for RTE’s Franc’s DIY Brides.

During the summer of 2013, Colette recorded her new EP Someday at Flashlight Studios in Newbridge, Co. Kildare. Filled with love, heartbreak, loss, and a light-hearted take on heroism, the songs were written from her very own life experiences. The title track was written about Colette’s father and mother-in-law who passed away within a year of each other, and the video translates the emotional revelations that are involved with everlasting love.

The video clip “Someday” is Colette’s take on true love and about how her father and mother-in-law’s lives together came to an end, but how finding love and one another once again can create an everlasting love. The video portrays love from different extremes—for instance, a young couple is seen just starting their relationship, and the end of the clip leaves an older couple who has spent years on end together nearing the end of their lives and their journeys through love. Death is a strong theme of “Someday,” but love is the overriding concept of this powerful song.

Colette Kavanagh is a delightful artist and her meaningful music is filled with real-life experiences that will encourage and inspire every type of music listener. For more information on this exciting new artist, please contact Andy Gesner and the HIP Video Promo staff at (732) 613 1779 or email us at info@HIPVideoPromo.com . You can also visit www.Facebook.com/Colette.Kavanagh.35/ for more info.