Dash Berlin & Syzz "This Is Who We Are" 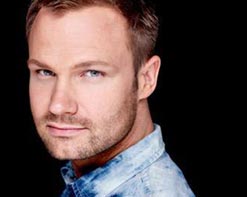 The breakthrough for Dash Berlin came in early 2007 with ‘Till the Sky Falls Down‘. The track shot to the top of the Trance charts worldwide, due in part to Armin van Buuren including it in the third chapter of his acclaimed “Universal Religion” mix album. Van Buuren subsequently signed Dash Berlin to the Armada Music label. Since then he has blown up the charts year after year with dynamic tracks and live appearances, a constant on the DJ Mag Top 100 poll. Having comfortably secured a place in the treasured Top 10 for the past three years, there is no doubt that Dash is at the very top of his game. His newest single “This Is Who We Are” might very well be the pinnacle of his efforts, and with a stellar music video to along with it!

The list of accolades Dash has accomplished is impressive. IDMA awards and nominations, DJ Mag awards, headlining sets at Ultra Music Festivals in Chile and Buenos Aires, huge remixes for Zedd and Hardwell, and legendary sunrise sets at EDC Las Vegas in 2013 and 2014. It’s no wonder that his newest single for “This Is Who We Are” has been one of the most hotly anticipated songs of the year. He’s teamed up with newcomer production duo Syzz to bring us a track that almost has a natural intuition for where the listener wants to go. It pulses, weaves, lays low, and energetically guides the audience on an epic musical journey.

For “This Is Who We Are,” the video, it was go big or go home. The video takes place in the bustling city of Jakarta, Indonesia, and stars Dash, a beautiful female companion, and Syzz as they pull off a high speed heist from a palatial estate. Dash sneaks his way in, but it’s not long before he is caught, goods in hand. Fortunately for him his getaway car is a Lamborghini. Not so fortunate, everyone else is chasing him in their own Lamborghinis! Add in a few jet skis, a helicopter, a yacht, and you’ve got yourself a thriller of a video. Once Dash and Syzz link up they are able to safely review their haul, and though it may not be what you expect, it sure is worth it’s weight in gold!

We’re excited to be working with Armada once again and to bring you the next big artist in their stable of talent. Please contact Andy Gesner and the HIP Video Promo crew at (732)-613-1779 or email us at info@HIPVideoPromo.com . You can also visit www.ArmadaMusic.com/ for more info on Dash Berlin & Syzz.