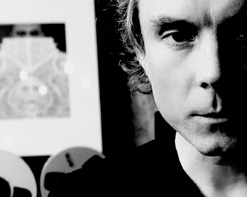 Greetings programmers! It’s Andy Gesner and the HIP crew with a video that will shake you out of your pop coma and haunt you for days to come. Dead Snares presents a surrealist composition consisting of feedback, violins, drum machines, and eerie guitars laced with poetry titled “The Language,” bound to provide a gasp of fresh air, only to entrap you in its darkness.

Dead Snares is Jeffrey Cain, a surrealist composer/producer, reclusive audio archivist, and a reluctant rock guitar player. He has released his dark fractured music since the age of 15, and is best known for the recordings of his band Remy Zero and his work with Steve Kilbey of The Church under the name Isidore. Acoustic Guitars, Walls of feedback, tambourines, and drum machines sleep side by side throughout his music. Dead Snares tracks shift from 3 minute pop songs to 15 minute ambient trips, defying predictability. Outside the realm of rock music he has collaborated in the electronic world with artist such as Tricky, Afrobots, O+S, and The Engine Room (penning the theme to Nip/Tuck and being remixed by Gabriel and Dresden).

“The Language” is the leading single from Dead Snares’ debut full length Speak The Language. The popular alternative blog The Dumbing Down of America has already labeled Dead Snares as “your new favorite band.” It’s easy to see why the alternative crowd is falling in love with this venture into the void of weird. “The Language” doesn’t quite sound like any band in particular and is closer to resembling a walk into the hallway of the subconscious than it is a rock tune. The video presents an array of dark imagery that is fully realized through stop motion frames of life sized mannequins and one colossal monstrous machine that has pool balls for eyes! The clip traces two mannequins that discover their affection for each other, only to have it torn apart by the mechanical beast, which could very well be a metaphor for how life and logic always get in the way of love. This video is haunting and disturbing, as some of the scenes flash by unexpectedly to give viewers the inevitable chills. However, this is completely congruent with the song, reminding us how familiar objects and sounds can become ghostly and frightening in a different light.

Speak The Language is now available as digitally and in stores on CD and vinyl release. We hope this video is the perfect piece of the puzzle you’ve been searching for to add to your coveted playlists. We thank the folks at Communicating Vessels for bringing us an awesome experiment from an established name. We’ve got Dead Snares stuff here at the office, so if you’d like to team up and run a contest or giveaway, don’t be shy about getting in touch. If you need more info, call Andy Gesner at 732-613-1779 or e-mail us at info@HIPVideoPromo.com. You can also visit www.CommunicatingVessels.net to find out more about Dead Snares and any performances near you.