Esser “I Love You” 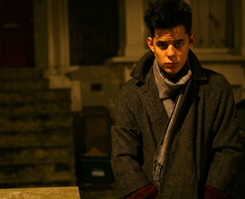 Greetings music lovers, it’s Andy Gesner and the staff from HIP Video Promo, here with a new clip from a talented young artist who just happens to be setting the United Kingdom on fire. So what’s big in Britain? Sometimes it can be hard to tell – fashions on the other side of the Atlantic fade so quickly, and U.K. audiences are notoriously fickle. But strong melodies and stellar pop songwriting never go out of style, and surely that’s why Esser is the hottest commodity in his home country. The baby-faced singer, songwriter, and producer is just starting out, but he’s already penned some of the catchiest pop singles in recent memory. And while his sound and style owes plenty to classic English sources — Blur, Morrissey, and Madness, just to name a few — Esser’s music is far too infectious to remain confined to the British isles.

He arrives on these shores amidst deafening Internet buzz. “I Love You” — quite possibly his most insidious earworm yet, and a song likely to score the summer of 2009 for thousands of listeners. Typically witty and energetically-performed, “I Love You” features Esser’s characteristic and imaginative fusion of old and new elements. The beat is au courant and the production is contemporary, but the melody and arrangement recall styles that precede the birth of the Beatles. All of these irresistible singles will soon be collected onBraveface, Esser’s upcoming full-length; we’re not exaggerating when we say that few upcoming U.K. releases are anticipated with more enthusiasm than this one.

A charismatic performer, Esser is comfortable before the lens — and it’s a good thing he is, considering the barrage of groceries chucked at him during the “I Love You” clip! By the end of the spot, he’s got condiments in his hair, stains on his shirt, and bacon draped over his shoulder. Yes, the latest video from the British singer-songwriter is a good old-fashioned food fight; that said, Esser barely defends himself. He sings his song back at the camera, and takes the ketchup and mustard squirts with stoic grace. Like all the best pop acts, Esser has quickly developed a striking visual aesthetic, and it’s one that translates remarkably well to music video. But he’s no camera-only pop star: Esser can also move the crowd in concert. This spring, he’ll be headlining in the U.K. and appearing at festivals throughout Europe; can an American invasion be far behind? Brace yourself.

It is our sincere pleasure to have the opportunity to work with Seven Bedard and the Chocolate Industries crew to bring you this cutting edge new artist. We see big things coming for Esser and we encourage each and every one of you to support this video. If there is anything at all we can do, call Andy Gesner at 732-613-1779 or e-mail us at info@HIPVideoPromo.com. You can also visit www.ChocolateIndustries.com to find out more about Esser.