Evie Archer “Close To You” 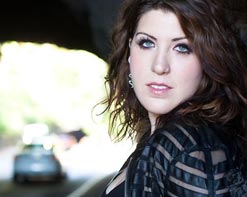 This past holiday season we were thrilled to introduce you to Evie Archer and her touching clip “On Christmas Day.” While this song was a powerful introduction to her as a musician, it only told part of the story. Yes, this was an artist who could nail the holiday spirit, but what it didn’t show was that she was also exceptionally talented when it came to writing and performing modern pop songs. In her new video for “Close To You,” she explodes out of the gate with an infectious song that leaves no doubt that Evie Archer is a year-round experience!

Starting with piano lessons at the age of two, the musical bug followed her all the way to her freshmen year at Princeton University. Although she entertained the idea of being an economist or a lawyer (like her father) she couldn’t run away from the voice inside that had been telling her to pursue music with all of her heart. There were a few starts and stops after college, but once she was given the inspiration she needed it was full speed ahead!

Teaming up with renowned songwriter Martin Briley (*NSYNC, Celine Dion) Evie dove into the writing of her album, Life In Sand. The album is a sensational mix of uptempo pop gems and poignant and powerful ballads. Perhaps no track stands out more than “Close To You,” which moves at a brisk pace while channeling the spirit of pop greats such as Carly Simon, Carole King, Rachel Yamagata, and more!

For the “Close To You” video Evie shot on location in the heart of New York City. Much like her own music, the narrative plays out with a familiar story arc, but is given Evie’s own twist, compliments of director Ryan White. Like a romantic apparition, a boy catches Evie’s eye in the park. His ornate wardrobe and appearance makes us wonder if this is real or a part of Evie’s dream. The suspense carries through the duration of the video as Evie slowly approaches and reaches for his hand. Will this fairy tale come true? Be sure to watch and find out!

We’re pleased to be working with Evie Archer once again and would be thrilled to see you get the video into your programming. Please contact Andy Gesner and the HIP Video Promo team at (732)-613-1779 or email us at info@HIPVideoPromo.com . You can also visit www.Facebook.com/EvieArcherMusic/ for more info.