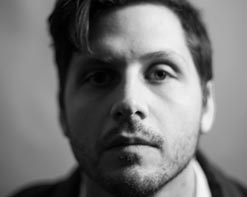 FIRE AND THE ROMANCE

Dion Roy, frontman of Fire and the Romance, did a lot of Oscar Wilde reading while writing songs for the band’s 2014 EP Adaptations scheduled for release early 2015, but he is tacitum when it comes to just how much Wilde’s work influenced his songwriting. This is the delight of it; just as one becomes infatuated with a picture while striving to catch every nuance, to interpret every shadow, listeners of Fire and the Romance can become enveloped in both honest and mysterious narratives while trying to pinpoint the moments where Wilde’s spirit resonates.

Fire and the Romance’s music weaves in and out of sparse, bass-heavy pop and arena-ready alt-rock anthems with singalong melodies. Tracks range from tales of a debaucherous night on the town when you don’t know which will come first: sunrise or the police, to songs about the cryptic connections that draw you to those who “sing a song only you can hear.” Just as in Wilde’s written work, Fire and the Romance’s aural art will be interpreted differently by every fan, but one thing is for certain: the eclectic mix of danceable and relatable tracks will keep listeners moving emotionally and literally. With the band’s blended inspirations and influences, Fire and the Romance finds themselves somewhere between Keane, Atlas Genius, and Bastille on the genre map.

Now living in New York City, Dion and his band are anxious to unveil their new material, starting with the single “Way Down Below”. Says Dion “Way Down Below was born out a pretty vocal melody idea I had, but grew in just a few hours into this untamed emotional demon, complete with teeth and a killer haircut. You just can’t look away” The video, which premiered on PureVolume, is a piece of cinema we also cannot take our eyes off of. Dion wanders the desert landscape and his female counterpart in the video looks out the window, yearning for his return. It’s a long, drawn out journey that embodies an emotion of loneliness, but also hope. We think you’ll find this video captivating and won’t be able to look away.

For their second video, “She’s A Devil” tells the story of a true devil of a woman. The video begins with a night out in a local bar, where Dion and his friend meet “the devil” and her friends . However Dion’s friend returns from the men’s room to find everyone gone, then awakes the next morning to a digital random photo of Dion on his cell phone! A long scavenger hunt ensues until he finds Dion bound and gagged in the midst of a terrifying rave. Will they escape or will this devil of a woman get them in her clutches for good?

Please let us know if there is anything we can do to get this video into your programming! This is a fantastic band that deserves support across the board! You can contact the HIP Video Promo crew at (732)-613-1779 or email us at info@HIPVideoPromo.com . You can also visit www.FireandtheRomance.com/ for more info.