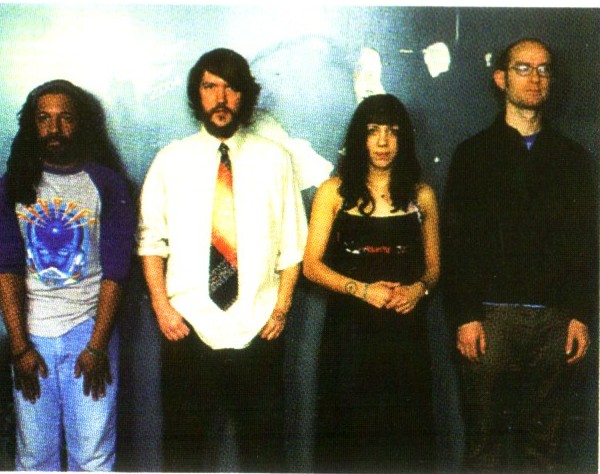 Hello, fellow music lovers – it’s Andy Gesner and the staff from HIP Video Promo to inform you of another great video that should go right on the air. You probably know the multifaceted Tim Kasher as the frontman and ideologue behind the ambitious, aggressive Cursive. As for his role as lead singer and guitarist of the very different Good Life – well, that’s not quite as well-known or well-publicized.

That’s about to change.

The Good Life have already released two heralded albums – Novena On A Nocturn and the melancholy Black Out – and the sprightly, poppish (but lyrically downcast) Lovers Need Lawyers EP. Now the group adds to the discography a new album that simultaneously summarizes and amplifies the achievements of its predecessors. Titled with typical Kasher irony, Album Of The Year features twelve songs – each corresponding to a calendar month. The production is dazzling, the arrangements are wide-ranging, and Kasher’s remarkable harmonic and melodic gifts have never been in clearer focus. This is an album that will turn heads.

We first heard “Lovers Need Lawyers” on the EP that bears that same name. The Lovers EP was an eruption of Eighties-inspired pop: synth and organ-rich, acoustic-driven, campfire singalong numbers about fleeing home, breaking up with your spouse, the intrinsic violence of sexual attraction, and the aesthetic worthlessness of the rock and roll enterprise. Busy with classic-pop chord changes, “Lovers Need Lawyers” is nearly a pub-rock song – underpinned by thick organ and bouncy bass guitar. Here, as elsewhere on Album Of The Year, Kasher’s vocals are impassioned, direct, and remarkably mellifluous.

Consisting of one continuous shot, the “Lovers Need Lawyers” clip is dizzy, disorienting, drunken, and fascinating. Nothing about the clip feels straightforward – instead, we’re shown a trip down a surreal domestic rabbit-hole, framed by shifting scenery and uneasy boundaries between objects and phenomena. The members of The Good Life are first shown playing passionately on cardboard cult-out versions of their instruments, and later, they’re shot onstage in a school gymnasium. Here, video manipulation renders the band radiant – light shines from the hands, arms, and musical instruments of the group members.

The protagonist of the clip is a child dressed in a suit, and assuming the exhausted carriage of a middle-aged businessperson. He returns to a boxy, brightly-painted home with a poodle in his arms. There he is accosted by his “wife” – another child – and from her body language and facial expressions, it is clear that she is accusing her mate of having an affair. The camera swings, and the scene shifts, and we’re watching the “husband” at a bar. He’s propositioned by a grown-up woman in a red dress (Orenda Fink of Azure Ray), and as the camera swings over to a fuzzy television, we watch the unlikely pair on the road. But the perspective twists and dives once again, and “husband” and “wife” are reunited in a bizarre indoor picnic scene. They’re showered with flower-pedals as the camera pans back, revealing a phantasmagoria of basketball players and cheerleaders; a dreamlike high school. The Good Life is the house band at this twisted assembly – and as Kasher sings “I could never take another’s hand with a levity bordering on sarcasm, the scene drops away, until a single spotlight illuminates the poodle. Untethered, alone, the blackness closes in around the animal.

We’ve become accustomed to good things from both Saddle Creek and Tim Kasher, so we’re very excited to be included in their musical parade once again. We’ll be prepared to meet any Saddle Creek or The Good Life needs as they arise. Please contact us if you’d like copies of Album of the Year for on-air giveaways. We are committed here at HIP to make sure both you and your viewers know about this band and their tremendous CD (very likely HIP’s Album of the Year!). If you need more info, call Andy Gesner at (732) 613-1779, or email info@HIPVideoPromo.com. You can also visit Saddle Creek to find out more about The Good Life.