Justin Lanning “Take My Breath Away” 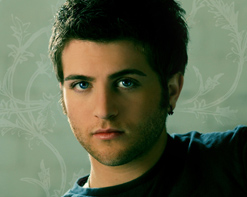 Greetings music video friends! It’s Andy Gesner and the staff from HIP Video Promo bringing you another stand out video poised to make waves! Summer’s here, the kids are free from school – and that means new pop music and new pop singers. Who’s poised to capture the hearts of young America, and provide the soundtrack to a season’s worth of hot summer nights? Nobody knows for sure, but Justin Lanning has a damned good chance of being the next pop superstar. For starters, he’s got an edge: his vocals and melodies may be sugar-candy sweet, but he’s studied the rock classics, and he’s assembled a band that can generate some real excitement when necessary. Then, there are the songs – madly romantic and passionately performed, colorful and emotionally direct. With his blue eyes and sandy-blonde hair, Lanning looks the part, too.

His is a face you may not be familiar with (yet), but chances are, your kid sister will recognize it. Lanning has appeared on MTV reality programs Score and My Own, and his Justin’s World video weblog has been a popular download on YouTube and iTunes. He’s made appearances on CSI, Boston Legal, and Wings, and has already distinguished himself as an actor and a camera presence.

But Justin Lanning’s heart is in his music. His independently-recorded debut – released when the singer was a teenager – won him underground recognition and a nomination for a Los Angeles Music Award. Now 21 years old, Lanning’s songwriting has grown more sophisticated and more intimate. The upcoming Behind These Eyes will introduce pop music fans to a talented multi-instrumentalist with a gift for melody and the courage to bare his soul to his audience. Lanning’s piano parts are expressive and played with great conviction; he’s got an instinctive feel for the backbeat, and on songs like “Closer To You”, he shows he can slip in and out of a rock groove effortlessly. “Take My Breath Away” is a gorgeous piano ballad, a statement of faith and a slow-dance natural; expect this one to be played at a prom near you. It has also logged 800+ spins per week at over 600 AC radio stations nationally.

Video director Ken Cravens is another L.A. dreamer – he’s worked with countless California underground bands, including Blood Sugar, The Front, and Roxy Saint. Cravens’s touching clip for “Take My Breath Away” opens with Justin Lanning at the piano in a bedroom; through a window beside him, constellations rush through the night sky. He sends his lament to the stars, and as he points upward, the face of the object of his affection appears on the pane of glass. Then the camera pans backward – and suddenly we realize we’re looking at a set. It’s not some state-of-the-art soundstage, either, but a crudely (though lovingly) painted backdrop akin to what you’d see in a high school play. Lanning’s love object appears on a faux-balcony, like a summer-stock Juliet; he reaches toward her, but he can’t touch her. But halfway through the clip, the boundaries of the stage evaporate, and soon the young lovers are walking hand-in-hand through an abstract-painted phantasmagoria. Fluorescent streaks and colored stars swirl behind them, and they dance, swept up in a blur of emotion and passion.

Many thanks to the folks at SMC/King George Records for bringing us on board to champion Justin Lanning’s heartwarming masterpiece “Take My Breath Away.” This is a moving ballad that is sure to win over you and your audiences alike. And don’t forget that we are swimming in copies of Behind These Eyes and are ready to set you up with copies of this breathtaking CD for all your on-air giveaway needs! If you need more info, call Andy Gesner at 732-613-1779 or e-mail us at info@HIPVideoPromo.com . You can also visit www.JustinLanning.com to find out more about Justin Lanning.