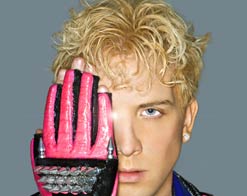 Hey friends, it’s Andy Gesner and the HIP Video Promo staff bringing you a blistering new dance clip sure to get your feet moving and your heart pumping. Killian Wells is bringing it all he’s got with the release of his much-lauded single “VIP”! It’s already received airplay on Top 40 stations and was later added to US Airways’ in-flight entertainment Hit List channel, which featured Killian Wells as the only unsigned artist in a lineup consisting of Jay Sean, Taylor Swift and Britney Spears. Now he has equipped it with a wildly raucous video to boot.

The magnetic video for “VIP” kicks off with Killian Wells and his eclectic group of friends running amuck in Times Square and jumping in their party bus. The black-and-white start to the video is the only conservative component because what happens next is a night you won’t soon forget. The same can’t be said for Killian Wells and co. as they live the VIP lifestyle to the fullest. The liquor is flowing just as hard as the cash, everyone is making out and utilizing the stripper pole cemented in the middle of the bus, and there’s Killian Wells freestyling amidst girls losing their tops (he even takes a dousing of silly string to the face compliments of Laverne Cox, of VH1’s Transform Me fame). Does the excess sound a little too risqué? Well, that’s the clean version of the video. For those looking to go a little more over the edge, check out the director’s cut, where a few of Killian Wells’ pals show that they’ve clearly partied a little too hard. What else do you expect when you cram this many people onto a party bus that is oozing with booze and sexuality?

If “VIP” has a bit of a Lady Gaga feel to it, you wouldn’t be wrong in making the comparison. Killian Wells wrote “VIP” with the intention of depicting today’s celebrity lifestyle. And not only does he wear crazy getups and is based out of the same city that bred Lady Gaga, he even shares the exact vocal coach. He’s a pop sensation in the making with tons of New York City attitude who was made to perform (so much so he declined a spot in a boy band reincarnation of New Kids On The Block in Germany during his teens). Music bloggers have long dubbed Killian Wells as an artist to watch, and we can’t wait to see him make his big break.

We’re confident that the video for “VIP” will help put Killian Wells on the fast-track. The song itself is bound to be an instant nightlife hit with its partying theme, infectious dance beat and catchy hook declaring, “Baby, let’s get down and party … nobody’s gonna mess with me.” It’s fun electro-pop with some urban edge and a perfect peek at what Killian Wells has in store for his forthcoming album, which he is currently in-studio recording, so be on the lookout for that little number!

We’re super excited to be working with Killian Wells to bring you this sparkling new clip and are here to hook you up with all things Killian! If you need more info, call Andy Gesner at 732-613-1779 or e-mail us at info@HIPVideoPromo.com. You can also visit www.KillianWells.com and www.MySpace.com/KillianWells to find out more about Killian Wells.