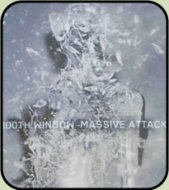 After a four year absence, Massive Attack are back and Virgin Records are delighted to share them with you! As one of Britain’s most important and influential bands, their unique amalgamation of warm glitchy electronica and psychedelic landscapes create a mood altering panorama of sound. The inspirational new CD 100th Window dropped at retail on February 11th and includes the first single “Special Cases,” a dark, soul dusted single that features a grown up Sinhead O’Connor singing lead vocals.

Given the current stir in the worldwide news media regarding human reproduction, the content of the new Massive Attack video is as timely as the latest press conference. The artful editing escorts the viewer on a tour through the somewhat strained twenty-first century environs of genetics on an industrial scale. The vaguely sinister automated processes involved are depicted in a way that evokes an other worldly quality that is intriguing and creepy all at once.

Musically, “Special Cases” is as strong and rhythmic as a triathlete’s heart monitor and as clean as an autoclave. The selection of O’Connor as the featured vocalist proves truly inspired. Her breathy delivery and acutely accurate phrasing are the perfect compliment to the band’s tastefully understated but urgently insistent performance.

Ultimately, “Special Cases” stands as an indictment of the postmodern and a hymn to the time honored, contrasting the warm intimacy of the young couple in a verdant park with the metallic sterility of the laboratory. As O’Connor reminds us “It takes two to make a life.”

HIP Video is thrilled to be working with Jeannette Echeverri and Amani Duncan at Virgin Records to make sure that programmers get everything they need to help Massive Attack reach a new audience in America. Call Andy Gesner at 732-613-1779 or e-mail info@HIPVideoPromo.com for copies of the new CD and upcoming contest details.