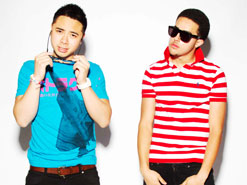 Hello programming friends, it’s Andy Gesner and the HIP Video Promo crew alerting you of a video that is made by Generation Y, for Generation Y. The sun is beaming, the moon is the closest it has ever been to earth in a long time, and the girls are once again shedding their clothes for t-shirts and bikini tops. Ladies and gentlemen of the programming world, welcome to spring! We have just the spring break anthem for you: Militant Fam’s “6AM.” No, this isn’t the type of six in the morning that you dread the night before in anticipation of work. This is the six in the morning that came suddenly, you weren’t waiting for it, you were partying all the way up to it. This is the “6AM” where you weigh the balance of your accomplishments, conquests, regrets, and memories that you won’t remember until two weeks from now.

Does any of this sound eerily familiar and remind you of the college days (past or present)? Well that’s because Militant Fam are taking the music audience by storm straight from their dorm room in So Cal! Militant Fam are the electropop/hip hop collaborative between Malcolm Coronel, the producer behind the internet sensation “Love At First Sight,” and bay area rapper Rick Rivera. The duo have been put out singles for quite some time and are ready to hit the internet and offline mainstream with their infectious hooks and youthful energy. Focusing on the currently bubbling style of mixing glamorous pop and energetically upbeat hip-hop, the boys are guaranteed to get the party started instantly! The beat is hot and fast, the hooks are frequent and the synth is certainly aimed at the party crowd. Somewhere in between The Far East Movement and The Black Eyed Peas, Militant Fam have perfected their radio friendly sound. With late spring in bloom and summer fast approaching, their timing could not be better.

The video starts with the alarm clock ringing, and the video’s main hero is found nearly undead and buried in books. Fortunately he’s got his thoughts in the memories of the night before, which features Militant Fam hosting an outrageous apartment bash, filled with red Solo cups and sweaty twentysomethings dancing till dawn. The party heats its peak with exploding pillows and snaps back to reality as the not-so-prudent student realizes he’s got a ton of studying to do. Well hey, at least he’s still got that pretty girl’s number written on his arm!

We are very thrilled be working with their manager Israel Massallo who together formed Prolyphic Records in order to expose this fresh new talent. This video will surely identify with the college and high school crowd and we hope you join us in getting it out to the masses. Prolyphic Records has provided us with lots of Militant Fam stuff for contests and giveaways, so be sure reach out. If you need more info, call Andy Gesner at 732-613-1779 or e-mail us at info@HIPVideoPromo.com.