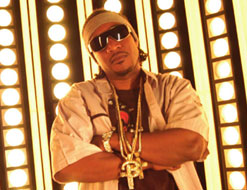 Hello fellow music video lovers, it’s Andy Gesner from HIP Video Promo, here with a dynamic clip from a gifted emcee. Wichita isn’t usually thought of as an artistic hotbed, but the city — the largest in Kansas — is bigger than St. Louis or New Orleans. It’s high time that contemporary pop music listeners began to pay attention to the sound of the Midwestern metropolis. And Mistabone is the man poised to put Wichita on the hip-hop map.

The rapper didn’t grow up in Kansas. As a kid, he spent time in Louisiana and Houston, immersing himself in the explosive sounds of those cities. You can hear traces of both traditions in his delivery, and his production: he draws from the swampy groove of New Orleans bounce and the playful, blunted swagger of H-Town’s finest. Mistabone is a student of Southern rap, and he’s learned from all the best. But the style he’s developed on the Kansas plains is distinctively his.

What makes Mistabone unique? Start with his voice. Although it has antecedents in the late eighties and early nineties, his smooth baritone sounds completely unlike anybody else’s in modern hip-hop. It leaps out of the mixes and demands attention; it’s electrifying, characteristic, immediately identifiable. It’s also become the voice of the Wichita streets, as the emcee’s mixtapes, singles, and compilation releases have found a devoted audience among the city’s rap enthusiasts.

“Other Level”, Mistabone’s latest and best single, demonstrates why Kansas is so excited about this artist. It’s a hypnotic groove decorated with thick Third Coast synthesizer reminiscent of Mannie Fresh or Lil Jon, skittering hi-hat, and the sort of thunderous bass that only the Dirty South can supply. This slamming track is a collaboration with New Orleans’s Beat Doctor, another vocalist with an irresistible delivery; the big man from the Big Easy intones the sing-song hook and contributes a verse of his own. The two emcees trade boasts about their party prowess — they’re in the club, getting as wild as they can, and they’re not afraid to say so. The combination of Mistabone’s deep oaken voice and Beat Doctor’s insinuating whine is reminiscent of the alchemy created by another Southern rap team: solid Bun B and the late, excitable Pimp C of the Underground Kings.

Brian “Birdman” Williams would be the first to say so: earth-shaking bass and flashing lights are a winning combination. In the clip for “Other Level”, Mistabone and Beat Doctor rhyme in front of strips of red, white, and purple illumination. It’s a candy-coated set, and one ideal for a song that sounds this sweet. The pair certainly look the part of Southern hip-hop stars: Beat Doctor in his baggy red t-shirt and Cincinnati Reds cap, Mistabone with a headband and low-hanging gold chains. Both emcees wear their shades with pride, and for aesthetic reasons too: those beams of light look awfully good dancing on the lenses of the sunglasses. And once they get to the club, it’s all mayhem — to the rhythm of the big beat, Mistabone pulls girls and keeps the Patron pouring.

We’re excited to be working with Mistabone to help spread his name all over the US, we are confident that this is a new artist you will be hearing lots about in the near future. If you need more info, call Andy Gesner at 732-613-1779 or e-mail us at info@HIPVideoPromo.com.