Mogli “Goodbye Until The Next Hello” 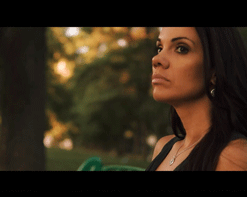 Mogli is a contemporary neo-soul vocalist whose music is thrilling and worthwhile. HIP Video Promo is pleased to introduce the stylish music video for “Goodbye Until Next Hello,” featuring the astounding rap artist BychFy$h.

Reno, Nevada — “The Biggest Little City in the World” — has less renown than Las Vegas, yet enjoys a fertile music scene rapidly bubbling into prominence, thanks to young rising stars such as Mogli and BychFy$h. Mogli’s musical creation was born there and heralds Reno’s rise as a hotbed of original music. Michael Sion, also known as Smiley Mikey, is a creative songwriter who founded and introduced Mogli’s music career to the industry. Based in Reno, his inspiration and motivation launched the artist Mogli’s success as an entertainer.

Enriched with style and provoked by high demand, Mogli’s music inspires and delights every type of music fan. That’s what made her Michael Sion’s choice to deliver the vocals on “Goodbye Until the Next Hello.” His compositions dive deep into the realms of a number of different musical genres—from pop to hip-hop. Mogli’s top-drawer talent and skill represent the true nature behind the art of making music. HIP Video Promo introduces her hit single, “Goodbye Until the Next Hello,” which features a promising hip-hop verse flowed by the artist BychFy$h.

The clip is a short film set to the original track. “Goodbye Until the Next Hello” features scenes that follow themes built around relationships, love, loss — and the power of goodbye. Viewers will find this enigmatic clip to be worthwhile and inspiring, offering universal emotions and compassion for those of us who have suffered being tied up in a complicated relationship. This mini-film is an eye opener, and the monumental lyrics and flow of artist BychFy$h relay messages that are clear, powerful — and as piercingly pointed as a lover’s triangle.

Be sure to follow up with HIP Video Promo on the sensational musical artists whom Michael Sion presents us. Viewers will be inspired and relieved to find a plethora of contemporary musicians such as Mogli. For more information on “Goodbye Until the Next Hello,” featuring BychFy$h, please contact Andy Gesner and the HIP Video Promo staff at (732)-613-1779, or email us at info@HIPVideoPromo.com .