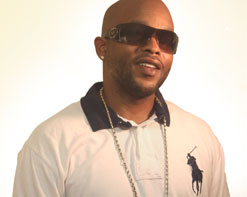 His career, and life, were put at risk in 2012 when he was treated for a brain aneurysm and underwent open heart surgery, but he is stronger than most and quickly rebounded with a renewed passion for his art and for helping others. Mr. Benjamin continues to volunteer his time at local food banks and has also mentored the youth within the inner Seattle city communities. For his work, he received the Seattle Mayor’s Award for Excellence in Hip-Hop and promoting Northwest Music and Northwest Communities. He’s also received the Governor’s Recognition Award from the Governor of Washington for outstanding contributions to Washington‘s youths and communities.

Mr. Benjamin has toured the United States and performed on shows that include the Coast to Coast Mixtape Convention at the Alhambra Theatre in Portland Oregon and The Coolout Network in Seattle and Core Dj’s Convention in Atlanta. He’s also opened for artists such as Snoop Dogg aka Snoop Lion, E40, Mystikal, Morris Day & The Time, and Chris Brown to name a few. His resume is impressive and it should be no surprise that his newest video for “Next Generation” takes the high bar he’s set and places it even higher on the pole.

“Next Generation” is a futuristic feel dressed to the nines. Imagine James Bond propelled into the 2030s with touch screen holograms and pristine white hallways juxtaposed with a post-society urban jungle illuminated with neon lights and sultry vixens at every turn. The People’s Champion serenades the camera with a calm, cool, collected vibe that leaves no doubt that he is on top of the world as he plans his next move. A slick mixture of camera speeds and angles makes the feeling even more grandiose and one that creates the perfect compliment to the electric energy of the “Next Generation” track.

We’re all incredibly excited to be working with Mr. Benjamin to help bring his music video onto screens across the continent! Please get in touch with us here at HIP Video Promo to let us know what you’ll need to make that happen. You can contact Andy Gesner and the crew at (732)-613-1779 or email info@HIPVideoPromo.com .