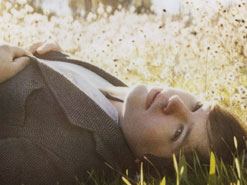 Hello programming friends, it’s Andy Gesner and the HIP Video Promo staff keeping the Sub Pop video gravy train rolling! Subtlety is often an underrated quality in the music world, which is why Papercuts is a much welcome breath of fresh air. “Do What You Will” is Papercuts’ latest single, coming off the new and fourth record titled Fading Parade, and also the first release on the legendary indie giant Sub Pop Records. Dear programmers, brace yourself for a video that captures the song’s unique array of drifting melodies in perfect style, setting the mood for any of those frequent rainy days of spring.

Think of Jason Robert Quever as the Dave Grohl of the indie music scene. The San Francisco area native’s Papercuts is a one-man project, where he is in complete control over all of the instruments on the record with equal precision. Papercuts began as a folk alternative to Quever’s friends and tour mates Grizzly Bear and Beach House, also bands that are famed for making reverb-soaked, drifting indie pop rock influenced by the psychedelic harmonies of the 1960s. With “Do What You Will,” Jason has grown into his own and delivers a song that is at first as subtle as it is, later on, monstrously infectious. If there is one main instrument that prevails in this track, it is atmosphere, which Jason plucks, strums, and drums his arrangement around. Beware, the reverb here is massive and comes at you like a landslide. However, it is all the airy openness of the whole thing that ties it together so wonderfully and makes the song feel like a living, breathing creature in its own right.

This masterful ability to spring music to life, while maintaining a subtle identity, certainly does not go unnoticed. In fact, the ultra-exclusive and impossibly hard to please critics at Pitchfork have fully embraced Papercuts’ latest effort, claiming that it is “his strongest outing to date,” and gave it a higher upper tier score! SPIN have also taken a similar liking to the record, comparing it to the open sound of the magazine favorite, Beach House. The good folks at SPIN obsess over Quever’s “subtle sprawl of strings, Autoharp, keyboards (mellotron, Moog, church organs), and guitars that shimmer and froth like the Pacific Ocean.” On the other side of the critical spectrum, MTV’s Buzzworthy Blog, has also just recently featured Papercuts and the “Do What You Will” video. Papercuts has been capitalizing on all the buzz by touring with wildly popular groups like Beach House and Grizzly Bear. Quever will continue playing dates throughout the rest of the year in support of the record, so be sure to reach out for any interview opportunities, or if you are interested in seeing Papercuts live and in person!

The video portrays the reverb-heavy and foggy atmosphere of the track quite literally, by having a killer fog chase down our unsuspecting frontman, in the style of Stephen King! The clip starts out with a not-so-happening party that leaves Quever feeling under stimulated and overly upset. Jason responds by heading home when he is intercepted by the smog that finally catches him at his home and leaves him lifeless on the floor. The video works on a philosophical level, hinting that the smoke is actually our sadness and doubts draining the life right out of us. Regardless of how you interpret the clip, it is an undeniable synthesis between audio and film.

We are extremely proud to bring you this fantastic new work from Papercuts. Sup Pop has provided us with plenty of copies of Fading Parade for contests and giveaways, so make sure to let us know and we will hook you up. If you need more info, call Andy Gesner at 732-613-1779 or e-mail us at info@HIPVideoPromo.com . You can also visit www.SubPop.com to find out more about Papercuts.