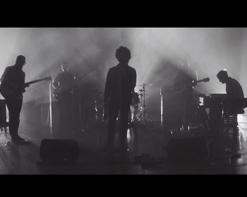 With an upcoming tour alongside acts such as Black Joe Lewis, Okkervil River, and Neko Case, Pickwick is taking on the Seattle and American music scene by storm. HIP Video Promo is pleased to present the endearing video clip for “Hacienda Motel.”

In recent months, Seattle’s music scene has been thriving due to the excitement behind Pickwick’s classic music style. The band’s debut LP Can’t Talk Medicine has garnered forthcoming reviews—one critic even spoke of vocalist Galen Disston as “the best singer in the Seattle music scene.” Beneath the deserving critiques lurks the speak-easy form of Pickwick’s soulful music, and it is clear with every note that their music is here to stay.

Comparisons to contemporary artists are easy to coin, yet Pickwick has their own unique sound and vibe. Pickwick’s fusion of soul and R&B vocals, influenced by 60’s garage rock, makes for an explosive rock show that has won over fans and critics nationwide. Arching with soulful elements of guitars and noteworthy blues vocals, the band creates a sound that is youthful and defiant. The A.V. Club has the exclusive video premiere of “Hacienda Motel,” a track that showcases Disston’s soulful vocal range.

The scenes of “Hacienda Motel” are straightforward and simple, a complimentary contrast with the Seattle sextet’s ardent sound. This unique black and white clip captures the true essence of Pickwick’s style, and the creative approach taken on by directors Tyler Kalberg and Garrett Parker really shine through. “Hacienda Motel” is highly contemporary and the blues-driven guitar chords uniquely follow Disston’s strong vocals.

As sure successors of modern music, Pickwick’s unique style and soulful approach to music stands out in their captivating music video “Hacienda Motel.” We would love to hook you up with copies of their new LP Can’t Talk Medicine, or to get you out to a show to check the band out live, so don’t be shy about getting in touch! For more information, please contact Andy Gesner and the HIP Video Promo staff at (732)-613-1779 or email us at info@HIPVideoPromo.com . You can also visit www.PickwickMusic.com for more information on Pickwick.