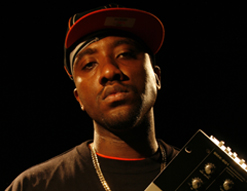 Greetings! It’s Andy Gesner and the HIP Video Promo crew, here to spread the word about an inventive young rapper with a classic sound. By now, we all think we know what Florida hip-hop sounds like; similarly, we believe we know what we can expect from a NYC rap album. How, then, can we classify Rahim Samad’s music? Samad represents Tampa, but he’s not from the Southern city originally — he’s a transplant from the Five Boroughs, and as he demonstrates on “All In All”, he’s a student of New York hip-hop history. Still, he loves and defends Tampa as fiercely as any native ever could: his “Tampa Psalm” is three and a half minutes of fire-spitting on behalf of his adopted city. Rahim Samad rhymes with the urgency and immediacy of Southern rap and the emotional depth associated with hip-hop’s birthplace. Confounding all stereotypes and moving with irresistible force, Samad makes music for all scenes, all cliques, and all regions.

Travel Properly, his latest album, opens with a slave revolt and closes with a prayer for sweet release. In between, the Floridian emcee spins hard-eyed, engrossing stories of crime, city life, betrayal, and struggle. Rahim Samad is uncompromising and remarkably candid: “Orange Groves” explores the rapper’s anxiety that his brother will be sent overseas to fight in a war that he doesn’t believe in, while “Hardcore” is a tale of an inner-city child condemned from birth. “John Horse”, the lead single, is both a declaration of purpose and a challenge to other emcees — because Rahim Samad relies on classic sources, he doesn’t need to boast. The terrific beat is typical of the music on Travel Properly; these are deep and soulful grooves, and they’re a natural match with the rapper’s voice.

Interspersed throughout Travel Properly are incendiary bits of taped wisdom — most are political in nature, and they contextualize Samad’s storytelling within the vexed flow of recent American history. Tough as he seems, this is an emcee with a social conscience, and one ready to throw down on behalf of his community. He might be a newcomer to Tampa, but you’d never guess from the songs, or from the street-proud video for “John Horse”. The Rahim Samad video is, among other things, a showcase for a Florida metropolis that often gets lost in the long shadow of Miami. Samad shows us Tampa’s record stores, its murals, its quirky architecture, and the farms and fields and groves that make up its verdant perimeter. This isn’t just the rapper’s outward experience — it’s his inner landscape, too, and one that’s informed all of his writing. And no snapshot of Rahim Samad’s psyche would be complete without a look at his collection of vintage LPs and CDs. They line the walls of his home and studio, gazing down on the young rapper, encouraging him, inciting him, spurring him on.

We’re very excited to be working with VaultClassic Records to bring you this compelling new clip. If you need more info, call Andy Gesner at 732-613-1779 or e-mail us at info@HIPVideoPromo.com . You can also visit www.VaultClassic.com to find out more about Rahim Samad.