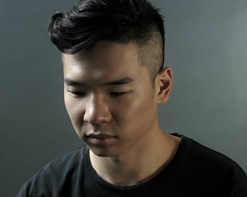 If you’re looking for an artist to set the tone for this year, look no further than the latest track from Raiden, Korea’s fastest rising talent and the next big hit from the Protocol roster. “Heart of Steel” is a future bass anthem evocative of Odesza, Flume, and Nicky Romero’s wintry, hip pulsations, mixed with a fresh-faced genius. “Heart of Steel” is Raiden’s debut innovative creation that sets the bar high with despondent piano strains, trembling synths and spectacular vocals from the Grammy-nominated Bright Lights. This dynamic track is bound to find a home both on the dance floors and in earphones around the globe this year.

Raiden is well on his way to becoming a household name. His inspired, multipurpose sound is a result of his musical past as a gifted guitar player and as a member of a rock band. Once a recognized Korean dance buff and now on his way to becoming an out-and-out international prodigy, Raiden has produced several well-received remixes in the past year, such as Fedde le Grand’s “Keep on Believing” and Florian Picasso’s “Final Call.” He has become an indispensable member at ULTRA Music Festivals, having performed at six of the festival’s locations. Raiden united with the venerated Protocol Recordings to release “Heart of Steel.”

Raiden has already asserted himself as an undeniable force of nature within the electro-house music scene. With a residency with Club Octagon and recently playing the Main Stage set at Ultra Korea, he has confirmed his local domination. Already possessing an impressive collection of works, his non-stop calendar of shows have gathered backing from the likes of greats such as Bassjackers, Vicetone and Steve Angello.

“Heart of Steel” is a tale that will shake you to your core. The video tells the story of a young girl named Cora, avenging the death of her parents. Her mother, who the evil Raven Gang was experimenting on by mixing her DNA with metals, steels and gasoline before Cora was born, died in hiding while giving birth to her. Her father was killed by the evil Raven Gang, as revenge for escaping with their test subject, Cora’s mother, and betraying the gang. As a result of the experimentation on her mother, Cora develops an interesting combination of health issues such as having feet made of rubber, possessing the ability to run faster than humanly possible and surviving on gas and oil. She also has a steel engine heart. Cora is left behind with only the lessons from her Dad on how to run and how to fight which she uses to defeat the Raven Gang.

The video for “Heart of Steel” begins when Cora is living with her Dad in a mechanic shop. It is conveyed through matching action and flashbacks that utilize new wave editing techniques from France, in order to create a consistent storyline in this three minute and thirty second portrayal of Cora’s journey. With Director Kyle Padilla’s stark style, a unique and cinematically captivating contrast between light and dark are created. “Heart of Steel” will be the elevating, positive track to the soundtrack of every dance club and house party in the world.

A strong, motivational message backed by sick synths, “Heart of Steel” is a song and video combination with a thumping bass and stirring vocals. With such an absorbing creation in Raiden’s court, we sincerely anticipate programmers and viewers will fully embrace Raiden as thoroughly as we have here at HIP Video Promo. You can find out more by calling us at (732)-613-1779, email us at info@HIPVideoPromo.com for more info on Raiden. You can also visit the following websites for more information: