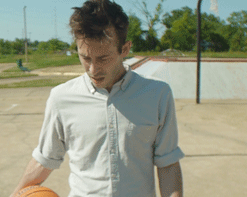 Back in 2012, HIP Video Promo brought you the astounding animated video for “Ghost Boy” by Sanders Bohlke, and then earlier this year, an equally captivating live-action version of “Ghost Boy” set in the American West. This time around, HIP Video Promo presents his brand new video for “Serious”, another track from his acclaimed album Ghost Boy on Communicating Vessels.

The music of Sanders Bohlke has drawn comparisons to such artists as James Blake and Bon Iver. Recognized for his true passion and honesty, he honed his craft and voice in the heart of the Mississippi Delta. After gaining the attention of everyone from the editors of YouTube to a complete spectrum of music listeners, captivated fans in the U.S. and around the world have been anticipating Sanders’ next move. The new album, Ghost Boy, has been universally praised as a work of true art. While combining the genres of experimental folk and indie rock, the album is rich with soulful vocal melodies interspersed with layers of soundscapes and flourishing sonic elements.

“Serious” is the sixth track on the album Ghost Boy; an utterly moving tune, the song contains both truth and emotional intensity. Filmed in Jackson, Mississippi by director Robby Piantanida, Bohlke explains that editor Azod Abedikichi should take most of the credit for “taking this beautiful footage and really capturing the loneliness intended in the song.” Piantanida and Sanders had a simple idea and shot the clip during the span of one short, very hot afternoon. Framed by the solitary act of shooting baskets and skateboarding, including a losing round of one-on-one with Frank, another basketball player that just happened to be in the park while they were filming, Sanders conveys this profound sense of loneliness and frustration. It’s empowering footage that justifies such a powerful song.

After opening for Rachael Yamagata on her tour of more than 28 major markets throughout the U.S. and Canada, later this month Sanders will join both Aofie O’Donovan and Gregory Alan Isakov on select dates for each of their tours in the Southeast and Midwest. Be sure to contact Andy Gesner and the HIP Video Promo staff for upcoming tour dates and the latest news on Sanders Bohlke at (732)-613-1779 or email us at info@HIPVideoPromo.com . You can also visit www.CommunicatingVessels.net for more info on Sanders Bohlke.