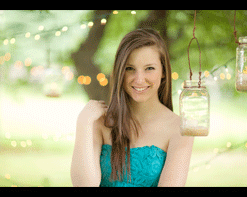 Sarah Farnam is a singer, songwriter, and guitarist from Rochester, Michigan who enjoys writing and sharing music about all aspects of relationships, friendships, and plain old life in general. Her favorite artists, including Sarah Bareilles and Taylor Swift, influence her original songs. HIP Video Promo is pleased to introduce her newest music video for the single “A Million Steps.”

With regular performances throughout wide varieties of music venues, Sarah is constantly showcasing her natural talents. In the past year she has performed at The Song, a prestigious showcase for local musicians arranged by Bob Mervack who composed the music for the “Hit and Run” soundtrack. Farnam was selected to appear at the Art and Apples Festival that is one of the largest art fairs in Michigan and was recently recognized as the 13th best art fair in the nation by Sunshine Artist Magazine! She was also selected to perform on the Ford Ecoboost 89X Stage at the 2013 Arts, Beats and Eats festival in Royal Oak, Michigan along with other local, regional and national performers. In 2012, she released five of her original songs on her self-titled debut EP, which was recorded and produced by Chuck Alkazian of Pearl Sound Studios and includes musical performances by Brian Lord of the band Fifty Amp Fuse.

Her music and performances frequently appear in local media and was even interviewed on Fearless Radio. Her music has been played on Melomania and Jango radio stations. Sarah Farnam’s other passion resides in performing. In 2012, Farnam was selected amongst thousands of musicians to appear in a national on-line advertisement for Kotex. She has written and performed original songs for a total of five commercials, mixing her own lyrics and music with lyrics submitted by people though the Kotex website and Facebook. In addition, she has performed in advertisements for local companies, including House of Bedrooms and ACO Hardware.

“A Million Steps” was directed by Christina and Stephanie Choriatis, and contains scenes that echo heartbreak and despair. Sarah shows off her talent for expressing her feelings toward relationships in this captivating music video. Watching her witness the one she loves mistreat her and turn his attention to others puts viewers on edge, but we follow Farnam throughout every scene of the clip to see where she draws the line. “A Million Steps” offers fans of pop music a combination of high energy with just the right amount of edge. Sarah Farnam’s amazing ability to communicate with her fans through her original songs is a breath of fresh air, and “A Million Steps” creates the high-energy profile of this talented singer and songwriter.

Honesty and commitment are the strongest qualities of Sarah Farnam’s music, and we see this in this ultra poppy and energetic music clip. Fresh on the scene, Sarah’s music is a perfect blend of pop and rock genres that will not leave young adult listeners unsatisfied. For more information on this amazing new artist, please contact Andy Gesner and the HIP Video Promo staff at (732)-613-1779 or email us at info@HIPVideoPromo.com.