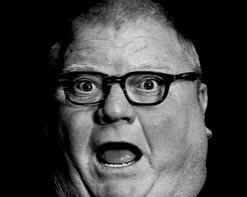 When a Christian rock band is capable of writing songs tough, uplifting and raw enough to genuinely connect with religious and non-religious music fans alike, there’s clearly something very special going on. Case in point, meet Orange County, CA-based quintet, sMALLTIME, who effortlessly manage to do exactly that. Combining a cohesive mix of rock, blues and soul, with a powerful message, HIP Video Promo is beyond pleased to introduce the group’s hard-hitting and thoroughly inspiring, brand new music video “Ya Never Know.”

The four gentlemen who make up sMALLTIME have undeniable musical chops and an utterly impressive, Rock and Roll-certified resume. Lead guitarist Kenny Goorabian toured with Hall & Oates and opened for The Who at the Astrodome as a member of RCA band Steel Breeze. He also wrote their 1983, Top 20 Billboard hit “You Don’t Want Me Anymore.” Bassist Steve Clayton is a veteran of bands in almost every possible genre. Drummer Dusty Slaybaugh played in the infamous Sacramento band Spider Kelly and went on to tour nationally with The Cadillacs, and gravel voiced frontman/rhythm Guitarist Danny Van was the lead singer in the rock-blues-jazz duo, Sunday Shoes, who toured nationally for eight years working with ‘Celebrate Recovery Ministries’ out of Saddleback Church. As a recovering addict himself with over 20 years clean, Danny hopes sMALLTIME’s message of grace, recovery and redemption is heard clearly.

The band name slaps of irony, considering the fiery intensity of their sound and the big inspirational themes of their songs, but the message always comes first for the band. “God’s the only BIGTIME, so we’re all sMALLTIME,” says band leader Danny Van. The word is clear, but not heavy handed, when it comes to reaching the people who need to hear the message most “You have to meet somebody where they are.”

The well-shot, Steve Clayton—directed music video for their electric guitar driven, whimsical, Dire Straits-esque rock jam, “Ya Never Know,” centers around Danny Van’s personal struggle as he seeks the strength to help some people he encounters leave their relatively reckless, God-less lives behind in order to develop a real, personal relationship with The Lord. Lyrics like, “Sally’s packing up her bag she’s headed out of LA/And she’s going to Las Vegas again with all her girlfriends/Cuz what happens there in Vegas stays always stays in Vegas/And the girls are gonna party again/I’m telling you I know these people I’ve read their book/But the Holy Spirit telling me to take another look” & “Lord please forgive me for not listening/And give me the tenderness I really need/To go out and share Your love with everyone” highlight these feelings in a very relatable way. The central message is that there is much, much hope for anyone and everyone who is willing to have faith.

sMALLTIME’s uplifting message has led them to incredible performances at numerous rock clubs, churches and outreaches in Southern California and for good reason. “Ya Never Know” is very worthy of your attention and we’re pleased to help take it to a wider audience. The song is off the band’s recently released self-titled EP, which you can gethere: www.sMALLTIMERock.com and here: www.Facebook.com/Smalltime-Christian-Rock/. For more information, please contact Andy Gesner and the HIP Video Promo staff at (732)-613-1779 or email us at info@HIPVideoPromo.com . You can also visit www.sMALLTIMERock.com for more info.